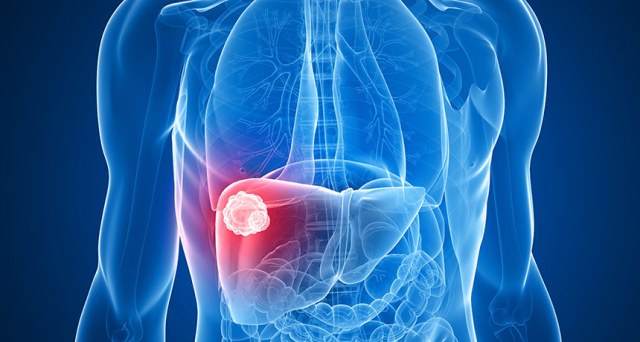 Bringing the filtering abilities of a fuel cell into the blood vessels of living organisms, a new device could cut down on toxic effects of cancer treatment.

At the heart of this approach — recently tested in pigs — is a tiny, cylindrical “sponge” created by 3-D printing. Wedged inside a vein near a tumor being treated with chemotherapy, the sponge could absorb excess drug before it spreads through the body — thus lessening chemotherapy’s harmful side effects, including vomiting, immune suppression or even heart failure.

A human study could launch “in a couple of years, if all the stars are aligned,” says Steve Hetts, a neuroradiologist at the University of California, San Francisco who came up with the drug-capture concept. He worked with engineers at UC Berkeley and elsewhere to create and test prototypes.

A test of the most recent prototype showed that the absorber captured nearly two-thirds of a common chemotherapy drug infused into a nearby vein, without triggering blood clots or other obvious problems in the pig, Hetts and his colleagues report January 9 in ACS Central Science.

The study addresses a major need, says Eleni Liapi, a radiologist at Johns Hopkins University School of Medicine not involved with the new work. Existing methods for controlling chemotherapy delivery do not fully block drug escape, she notes. “A technological advancement to reduce unwanted circulating drug is always welcome.”

This image shows a cross-sectional view of a new 3-D printed cylindrical device that could cut down on toxic side effects from cancer treatment. Resin coatings (gold) bind to a chemo drug used to treat liver cancer, experiments show.

Chemo is often delivered intravenously in the hope that some treatment reaches the cancer site. In a more localized form of chemotherapy used to treat hard-to-remove tumors, the drug travels through catheter wires snaked into arteries going straight to the tumor. Although this technique, known as transarterial chemo embolization, or TACE, is given to tens of thousands of people each year, typically some of the injected drug bypasses the tumor site and slips into general circulation where it can wreak havoc elsewhere.

Hetts uses the transarterial method to treat babies with a rare eye tumor called retinoblastoma – and it was those experiences that birthed the “sponge” idea in the first place. After the chemotherapy ran its course through transarterial catheters, the infants’ eye tumors shrank. However, several weeks later, their blood cell counts tanked, suggesting to Hetts that some of the chemo drugs were escaping the eye and affecting other cells. Those observations eight years ago led Hetts to think that “if only I had a device I could put into the vein to bind up the excess drug, then maybe these little babies wouldn’t get the side effect” of immune suppression.

Heart surgeons use a similar “filter” to remove bits of cholesterol plaque from arteries of people with atherosclerosis, a disease characterized by the clogging and hardening of arteries. Hetts envisioned a similar device for chemotherapy treatment — “but not just a dumb, inert membrane to capture debris,” he says. “I wanted a ‘smart’ membrane that chemically binds to a drug.”

Instead of trying to develop a drug-trap device for a super rare tumor — retinoblastoma has just 300 new cases per year in the United States — Hetts’ team focused on a chemo drug for liver cancer, which is estimated to strike more than 40,000 Americans this year and kill three-quarters of them.

Anand Patel, a trainee in the Hetts’ lab with a bioengineering background, tested a batch of resins and found several that could bind to this drug, known as doxorubicin. To optimize the resins and get them onto the tips of guide wires, Patel sought help with “cold call” e-mails to local professors. Nitash Balsara — a UC Berkeley chemical engineer with expertise in polymer chemistry and membranes — “was actually crazy enough to return my e-mail with interest,” says Patel, who now works as an interventional radiologist in the Los Angeles area.

Balsara’s lab develops materials to regulate ion flow in batteries and fuel cells. As it turns out, these filtration processes are “very similar to those that we needed to capture excess chemotherapy drugs from the blood,” Patel says. The team worked with Carbon, Inc., a 3-D printing company in the San Francisco Bay area, to get the drug-binding material onto a 30-millimeter-long, cylinder-shaped “sponge” about as wide as a drinking straw. Hee Jeung Oh of UC Berkeley spent more than a year working out how to attach the drug-binding material to the 3-D printed cylinder with crisscrossing struts.

In experiments, the team injected the liver cancer drug through the pigs’ leg and pelvic veins — which are similar in width to human liver veins, Hetts says. Before infusing the chemotherapy drug, the researchers inserted the 3-D printed sponge a few centimeters from the infusion site — as well as catheters above and below the sponge for collecting blood samples to measure drug absorption over time. Within a half hour, the device absorbed, on average, 64 percent of the liver cancer drug.

The next round of studies will monitor the capture of doxorubicin by drug sponges inserted directly into the pigs’ liver veins.