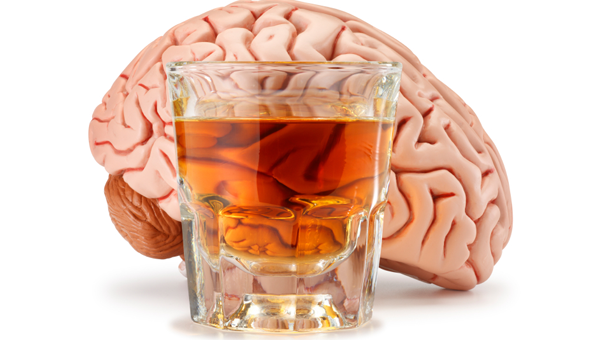 Research published in The Lancet Public Health indicated that alcohol use disorder is a major risk factor for dementia, especially early-onset dementia.

“The relationships between alcohol use and cognitive health in general, and dementia in particular, are complex,” Michaël Schwarzinger, MD, of the Translational Health Economics Network, France, and colleagues wrote. “Moderate drinking has been consistently associated with detrimental effects on brain structure, and nearly every review describes methodological problems of underlying studies, such as inconsistent measurement of alcohol use or dementia, or both, and insufficient control of potential confounders. By contrast, heavy drinking seems detrimentally related to dementia risk, whatever the dementia type.”

To determine how alcohol use disorders effect dementia risk, especially among those aged younger than 65 years, researchers conducted a nationwide retrospective cohort of hospitalized adults in France discharged with alcohol-related brain damage, vascular dementia or other dementias between 2008 and 2013. Alcohol use disorder was the primary exposure, and dementia was the main outcome. Using the French National Hospital Discharge database, they studied the prevalence of early-onset dementia and determined whether alcohol use disorders or other risk factors were associated with dementia onset.

Analysis revealed that alcohol use disorders were linked to a threefold increased risk for all types of dementia and “were the strongest modifiable risk factor for dementia onset” (adjusted HR = 3.34 [95% CI, 3.28–3.41] for women; HR = 3.36 [95% CI, 3.31–3.41] for men). Alcohol use disorders remained associated with an increased risk for vascular and other dementias even after excluding alcohol-related brain damage, according to the findings. Furthermore, chronic heavy drinking was also linked to all other independent risk factors for dementia onset, including tobacco smoking, high blood pressure, diabetes, lower education, depression and hearing loss.

“Our findings suggest that the burden of dementia attributable to alcohol use disorders is much larger than previously thought, suggesting that heavy drinking should be recognized as a major risk factor for all types of dementia,” Schwarzinger said in a press release. “A variety of measures are needed, such as reducing availability, increasing taxation and banning advertising and marketing of alcohol, alongside early detection and treatment of alcohol use disorders.”

Previous research has largely focused on modest alcohol use, and its possible beneficial effect, thus overlooking the effect of heavy alcohol use as a modifiable risk factor for dementia, according to a related comment written by Clive Ballard, MBChB, MRCPsych, and Iain Lang, PhD, of the University of Exeter Medical School, U.K.

“Although many questions remain, several can be answered using existing data, which would provide an opportunity to refine our understanding of the pathways of modifiable risk and develop optimal prevention strategies,” Ballard and Lang wrote. “In our view, this evidence is robust, and we should move forward with clear public health messages about the relationship between both alcohol use disorders and alcohol consumption, respectively, and dementia.” – by Savannah Demko