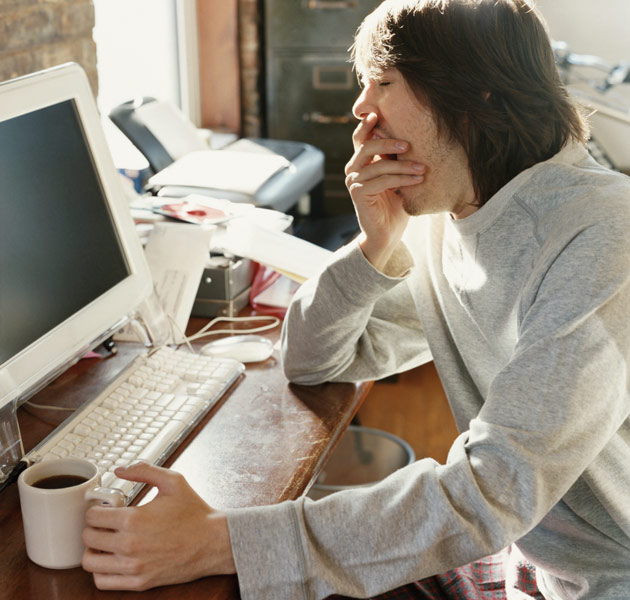 Hitting the wall in the middle of a busy work day is nothing unusual, and a caffeine jolt is all it takes to snap most of us back into action. But people with certain sleep disorders battle a powerful urge to doze throughout the day, even after sleeping 10 hours or more at night. For them, caffeine doesn’t touch the problem, and more potent prescription stimulants aren’t much better. Now, a study with a small group of patients suggests that their condition may have a surprising source: a naturally occurring compound that works on the brain much like the key ingredients in chill pills such as Valium and Xanax.

The condition is known as primary hypersomnia, and it differs from the better known sleep disorder narcolepsy in that patients tend to have more persistent daytime sleepiness instead of sudden “sleep attacks.” The unknown cause and lack of treatment for primary hypersomnia has long frustrated David Rye, a neurologist at Emory University in Atlanta. “A third of our patients are on disability,” he says, “and these are 20- and 30-year-old people.”

Rye and colleagues began the new study with a hunch about what was going on. Several drugs used to treat insomnia promote sleep by targeting receptors for GABA, a neurotransmitter that dampens neural activity. Rye hypothesized that his hypersomnia patients might have some unknown compound in their brains that does something similar, enhancing the activity of so-called GABAA receptors. To try to find this mystery compound, he and his colleagues performed spinal taps on 32 hypersomnia patients and collected cerebrospinal fluid (CSF), the liquid that bathes and insulates the brain and spinal cord. Then they added the patients’ CSF to cells genetically engineered to produce GABAA receptors, and looked for tiny electric currents that would indicate that the receptors had been activated.

In that first pass, nothing happened. However, when the researchers added the CSF and a bit of GABA to the cells, they saw an electrical response that was nearly twice as big as that caused by GABA alone. All of this suggests that the patients’ CSF doesn’t activate GABAA receptors directly, but it does make the receptors almost twice as sensitive to GABA, the researchers report today in Science Translational Medicine. This effect is similar to that of drugs called benzodiazepines, the active ingredients in antianxiety drugs such as Valium. It did not occur when the researchers treated the cells with CSF from people with normal sleep patterns.

Follow-up experiments suggested that the soporific compound in the patients’ CSF is a peptide or small protein, presumably made by the brain, but otherwise its identity remains a mystery.

The idea that endogenous benzodiazepinelike compounds could cause hypersomnia was proposed in the early 1990s by Elio Lugaresi, a pioneering Italian sleep clinician, says Clifford Saper, a neuroscientist at Harvard Medical School in Boston. But several of Lugaresi’s patients later turned out to be taking benzodiazepines, which undermined his argument, and the idea fell out of favor. Saper says the new work makes a “pretty strong case.”

Based on these results, Rye and his colleagues designed a pilot study with seven patients using a drug called flumazenil, which counteracts benzodiazepines and is often used to treat people who overdose on those drugs. After an injection of flumazenil, the patients improved to near-normal levels on several measures of alertness and vigilance, the researchers report. Rye says these effects lasted up to a couple hours.

In hopes of longer-lasting benefits, the researchers persuaded the pharmaceutical company Hoffmann-La Roche, which makes the drug, to donate a powdered form that can be incorporated into dissolvable tablets taken under the tongue and a cream applied to the skin. One 30-something patient has been taking these formulations for 4 years and has improved dramatically, the researchers report in the paper. She has resumed her career as an attorney, from which her hypersomnia had forced her to take a leave of absence.

The findings are “certainly provocative,” Saper says, although they’ll have to be replicated in a larger, double-blind trial to be truly convincing.

Even so, says Phyllis Zee, a neurologist at Northwestern University in Evanston, Illinois: “This gives us a new window into thinking about treatments” for primary hypersomnia. “These patients don’t respond well to stimulants,” Zee says, so a better strategy may be to inhibit the sleep-promoting effects of GABA—or as Rye puts it, releasing the parking brake instead of pressing the accelerator.

The next steps are clear, Rye says: Identify the mystery compound, figure out a faster way to detect it, and conduct a larger clinical trial to test the benefits of flumazenil. However, the researchers first need someone to fund such a study. So far, Rye says, they’ve gotten no takers.