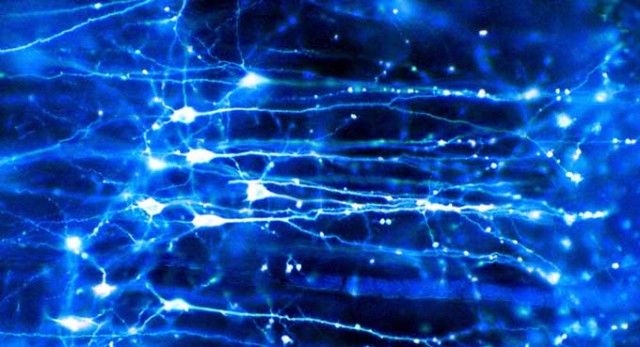 The discovery sheds new light on the origins of this most common cause of dementia, a hallmark of which is the buildup of tangled tau protein filaments in the brain.

The finding could also lead to new treatments for Alzheimer’s and other diseases that progressively destroy brain tissue, conclude the researchers in a paper about their work that now features in the journal Neuron.

Scientists from Massachusetts General Hospital (MGH) in Charlestown and the Johns Hopkins School of Medicine in Baltimore, MD, led the study, which set out to investigate how tau protein might contribute to brain cell damage.

Alzheimer’s disease does not go away and gets worse over time. It is the sixth most common cause of death in adults in the United States, where an estimated 5.7 million people have the disease.

Exactly what causes Alzheimer’s and other forms of dementia is still a mystery to science. Evidence suggests that a combination of environment, genes, and lifestyle is involved, with different factors having different amounts of influence in different people.

Most cases of Alzheimer’s do not show symptoms until people are in their 60s and older. The risk of getting the disease rises rapidly with age after this.

Brain studies of people with the disease — together with postmortem analyses of brain tissue — have revealed much about how Alzheimer’s changes and harms the brain.

The brain of a person with Alzheimer’s disease also has two distinguishing features: plaques of amyloid protein that form between cells, and tangles of tau protein that form inside cells. The recent study concerns the latter.

Brain cells, or neurons, have internal structures known as microtubules that support the cell and its function. They are highly active cell components that help carry substances from the body of the cell out to the parts that connect it to other cells.

In healthy brain cells, tau protein normally “binds to and stabilizes” the microtubules. Tau behaves differently, however, in Alzheimer’s disease.

Changes in brain chemistry make tau protein molecules come away from the microtubules and stick to each other instead.

Eventually, the detached tau molecules form long filaments, or neurofibrillary tangles, that disrupt the brain cell’s ability to communicate with other cells.

The new study introduces the possibility that, in Alzheimer’s disease, tau disrupts yet another mechanism that involves communication between the nucleus of the brain cell and its body.

The cell nucleus communicates with the rest of the cell using structures called nuclear pores, which comprise more than 400 different proteins and control the movement of molecules.

Studies on the causes of amyotrophic lateral sclerosis, frontotemporal, and other types of dementia have suggested that flaws in these nuclear pores are involved somehow.

The recent study reveals that animal and human cells with Alzheimer’s disease have faulty nuclear pores, and that the fault is linked to tau accumulation in the brain cell.

“Under disease conditions,” explains co-senior study author Bradley T. Hyman, the director of the Alzheimer’s Unit at MGH, “it appears that tau interacts with the nuclear pore and changes its properties.”

He and his colleagues discovered that the presence of tau disrupts the orderly structure of nuclear pores containing the major structural protein Nup98. In Alzheimer’s disease cells, there were fewer of these pores and those that were there tended to be stuck to each other.

‘Mislocalized’ Nup98
They also observed another curious change involving Nup98 inside Alzheimer’s disease brain cells. In cells with aggregated tau, the Nup98 was “mislocalized” instead of staying in the nuclear pore.

They revealed that this feature was more exaggerated in brain tissue of people who had died with more extreme forms of Alzheimer’s disease.

Finally, when they added human tau to living cultures of rodent brain cells, the researchers found that it caused mislocalization of Nup98 in the cell body and disrupted the transport of molecules into the nucleus.

This was evidence of a “functional link” between the presence of tau protein and damage to the nuclear transport mechanism.

The authors note, however, that it is not clear whether the Nup98-tau interaction uncovered in the study just occurs because of disease or whether it is a normal mechanism that behaves in an extreme fashion under disease conditions.

“Taken together, our data provide an unconventional mechanism for tau-induced neurodegeneration.”