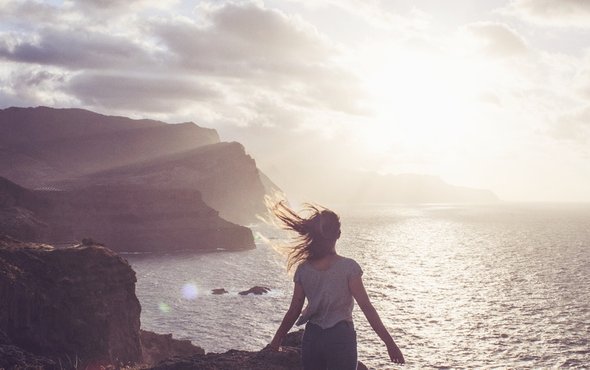 Suicide rates and temperatures are both on the rise, but are these two occurrences connected? A new study suggests maybe so. The research revealed hotter-than-average months corresponded to more deaths by suicide—and the effect isn’t limited to the summer, even warmer winters show the trend.

In the study, published in Nature Climate Change, the investigators looked at all of the suicides that occurred in the U.S. and Mexico over several decades (1968 to 2004 for the U.S. and 1990 to 2010 for Mexico), comprising 851,088 and 611,366 deaths, respectively. They then observed how monthly temperature fluctuations over these periods in every county or municipality in both countries correlated to the suicide rates for that region. They discovered that for every 1-degree Celsius (1.8-degree Fahrenheit) rise in temperature, there was a 0.7 percent increase in suicide rates in the U.S. and a 2.1 percent increase in Mexico, averaging a 1.4 percent increment across both countries. That is, over the years, a given county would see more deaths by suicide in warmer-than-average months.

Notably, the average temperature of the county did not matter; for example, Dallas and Minneapolis saw a similar rise in suicide rates. The effect did not depend on the month either—it made no difference whether it was January or July. There was also no difference between gender, socioeconomic status, access to guns, air-conditioning and whether it was an urban or rural region. Across the board, when temperatures rose in a given place, so did the number of suicides.

If climate change continues on its current trajectory with an estimated temperature increase of 2.5 degrees C (4.5 degrees F) by 2050, Burke, who is an assistant professor of earth system science at Stanford University, projects suicide rates would rise by 1.85 percent, resulting in an additional 21,770 deaths by suicide across the U.S. and Mexico. For comparison, economic recession is thought to increase suicide rates by 0.8 percent whereas news of celebrity suicides accounts for a 4.6 percent bump in rates.

Not everyone is convinced by these projections, though. Jill Harkavy-Friedman, vice president of research at the American Foundation for Suicide Prevention, says, “I think it’s an interesting and provocative idea. These two things may be co-occurring. You know, it’s possible that the rate of suicide is going up as the temperature is going up. But we don’t know that there’s anything causal about that.”

In their study the researchers speculate there could be some biological effect linked to temperature regulation in the brain that alters mental health and could underlie the correlation. In an attempt to connect mental well-being with temperature change more generally, they examined more than 600 million Twitter posts for depressive language over a 14-month period. The researchers again found hotter months corresponded to a higher probability of using depressive language. Prior work by the researchers also saw a similar trend in interpersonal conflict, with a 4 percent rise in violence attributed to climate change.

Burke acknowledged suicide is a complex phenomenon and temperature is certainly not the only or even the most important factor affecting mental health: “What studies like ours contribute is just saying on average, as you increase temperature, what’s going to happen to suicide rates? So that won’t tell you with utmost certainty what’s going to happen in specific locations, but it will tell you okay on average this is what we should expect. Our view is it would be foolhardy to ignore the evidence,” he notes.

Radley Horton, an associate research professor at Columbia University who was not involved in the research, says the study is a good reminder of how fundamental temperature is and how widespread its impacts are. “The deeper we look, the more likely we are to uncover ways that temperature directly impacts things we care about,” he says. “Climate uncertainty is not our friend. The further we push things, the greater the risk.”