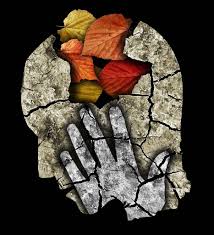 A research team at University of Copenhagen including a researcher from the Faculty of Health and Medical Sciences has discovered a circuit in the brains of mice connecting circadian rhythm to aggressive behaviour. The discovery is particularly interesting to Alzheimer’s patients who experience increased aggression at night. The researchers have developed special protein tools capable of turning off the cells in the brain causing the behaviour.

Each year around 8,000 Danes are diagnosed with a form of dementia. Alzheimer’s disease is one of them. The disease manifests itself in memory difficulties in particular, but can also result in personality changes and mood swings.

When the sun sets 20 per cent of all Alzheimer’s patients experience increased bewilderment, anxiety, unease, disorientation, irritation and aggression. This phenomenon is called ‘sundowning’ or sundown syndrome. At worst, the condition can mean that the patient must be left in professional care, as it can be difficult for family members to handle. The cause of the condition is unknown, but previous research has suggested that it is connected to the circadian rhythm.

’We have shown that the circadian clock in mice is closely linked to an aggression centre in the mouse brain by a cell circuit. The human brain has those same groups of cells that the circuit goes through. With this knowledge, we are now enabled to target this circuit pharmacologically and target cells that make people aggressive at the end of the day’, says Assistant Professor Timothy Lynagh from the Department of Drug Design and Pharmacology at the University of Copenhagen.

Turn off the Aggression
The inner clock or circadian rhythm is located in the part of the brain called suprachiasmatic nucleus. One of the parts of the brain that control aggressive behaviour is called the ventromedial hypothalamus. Researchers have previously observed a connection between the two parts of the brain, though none have had knowledge of the specific circuit connecting them.

Using electrophysiology and microscopy, the researchers measured the activity of the brain cells at main author Clifford Saper’s laboratory in Boston. They also turned off parts of the cell circuit in the brains of mice to map the circuit and to identify the cells connecting the two parts of the brain. To map circuits in the brain you need a protein tool that can turn off the various cells to determine their function. Assistant Professor Timothy Lynagh has designed precisely such a tool.

‘We take a receptor and mutate it, so that it is not sensitive to anything in the brain, but very sensitive to a particular drug. The tool works like an on/off switch. When you put the protein tool in the mouse brain, under normal circumstances, nothing will happen. But when you give the animal the drug, the cells that have the receptor on them will be turned off’, Timothy Lynagh explains.

Using this tool, the researchers can thus in theory turn off the cells that cause people suffering from sundown syndrome to become more aggressive at night.

May Be Used on Humans 20 Years into the Future
The tool can also be used in other contexts than sundown syndrome. In other studies, Tim Lynagh’s tool has been used to turn off cells in rats linked to anxiety and fear.

‘If you can start understanding which cells in the brain lead to which problems, you can then put this tool into any of those parts of the brain. The person who takes the drug will then have the cells causing the problem turned off’, Timothy Lynagh says.

Even though the study was conducted on mice, the tool and the knowledge the research has generated can potentially be used in the treatment of humans.

‘Because of the huge advances that are coming along with CRISPR, I would be tempted to say that based on a recent demonstration of gene therapy for brain disease, potentially, it could be used in the human brain in 20 years’ time. Of course it needs a lot more research’, he says.