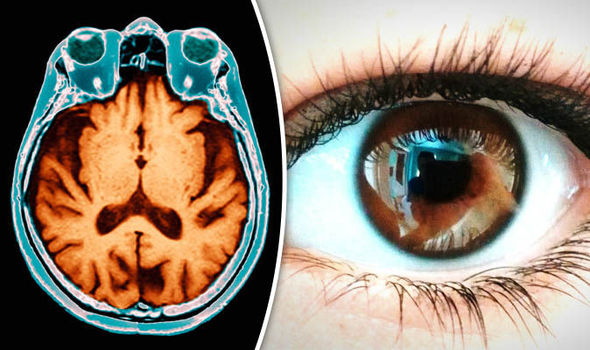 Last year, doctors of optometry detected more than 320,000 cases of diabetes. Imagine if they could make the same impact when it comes to exposing early signs of Alzheimer’s disease.

November is National Alzheimer’s Disease Awareness Month. An estimated 5.4 million Americans are affected by Alzheimer’s disease, according to the Centers for Disease Control and Prevention (CDC). Projections put the number at 13.8 million by 2050.

Maryke Nijhuis Neiberg, O.D., associate professor in the School of Optometry at Massachusetts College of Pharmacy and Heath Sciences, in Worcester, Massachusetts, considers this an unrealized patient education opportunity for doctors of optometry.

“The earlier diagnoses give doctors and patients a better chance at managing the progressive brain disease and preserving the patient’s quality of life,” Dr. Neiberg says. “There has been some increase in Alzheimer’s awareness over the years, particularly in the eye community, but not enough yet.

“Alzheimer’s is a significant future public health issue,” she adds. “It is still a terminal disease.”

Much of the research on Alzheimer’s disease seeks to slow the disease’s progression. For instance, a study in Biological Psychiatry on Nov. 6 by researchers at the University of Iowa and the University of Texas Southwestern Medical Center in Dallas reports that there may be a new treatment that can slow the depression and cognitive decline associated with Alzheimer’s disease, without affecting amyloid plaque deposits or reactive glia in rats.

Among the early signs of Alzheimer’s, the researchers say, are anxiety, depression and irritability-long before the devastating effects of memory loss.

“Thus, P7C3 compounds may form the basis for a new class of neuroprotective drugs for mitigating the symptoms in patients with Alzheimer’s disease by preserving neuronal cell survival, irrespective of other pathological events,” researchers say. “P7C3 compounds represent a novel route to treating depression, and new-onset depression in elderly patients may herald the development of Alzheimer’s disease with later cognitive impairments to follow.”

Another study in JAMA Ophthalmology in September by researchers at Stanford University and Veterans Affairs Palo Alto Health Care System linked visual impairment and cognition in older adults and also stressed the “potential importance” of vision screening in identifying these patients’ eye disease and cognitive deficits. The AOA strongly recommends comprehensive eye examinations and stresses the limitations of screenings.

According to the CDC:

More than $230 billion is estimated to be spent in 2017 on providing health care, long-term care, hospice plus unpaid care for relatives with Alzheimer’s and other dementias.

More large-scale research on Alzheimer’s needs to be done, but progress is being made. Dr. Neiberg pointed to research linking optical coherence tomography (OCT) of the macula to Alzheimer’s and Parkinson’s diseases.

“With the advent of OCT, we now know that the retinal ganglion cell layer thins and that the optic nerve cup-to-disc ratio increases in size, not unlike glaucoma,” Dr. Neiberg says. “Alzheimer’s produces visual field defects that are easily confused with glaucoma. What we need is large-scale research to determine how much of the normal tension glaucoma we diagnose and treat is ultimately related to Alzheimer’s disease.”

She adds, “The early perceptual changes that occur in early Alzheimer’s are startling and measurable. One of the earliest signs is a decline in the Benton Visual Retention Test, a test of visual memory. This test requires the duplication of shapes on paper with a pencil, and is scored.

“Research has shown that this test is able to predict high risk for Alzheimer’s 15 years before diagnosis,” she says. “It’s a simple test many developmental and pediatric optometrists already have on their shelves. If we combine that test and the ocular findings we see, we have a very strong indication that something is indeed amiss. Armed with this information, the patient can then consult with their primary care physician, initiate lifestyle modification and request a referral if necessary.”

“Lifestyle modification and early access to medication, which can delay the progression of dementia, might be enough to keep the disease at bay for longer,” Dr. Neiberg says. “We should include the Alzheimer’s disease connection when we educate our patients about lifestyle diseases.”