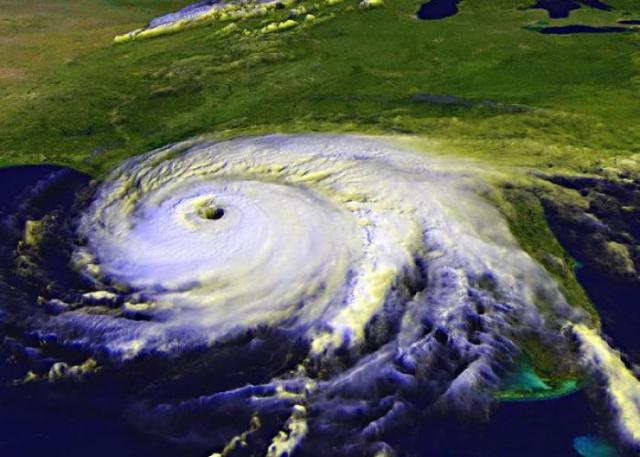 This is a real study in the Proceedings of the National Academy of Sciences — not The Onion.

Researchers at the University of Illinois and Arizona State looked at deaths caused by hurricanes between 1950 — when storms were first named — and 2012.

Even after tossing out Katrina and Audrey, particularly deadly storms that would have skewed their model, they found that hurricanes with female names caused an average of 45 deaths, compared with 23 deaths from storms with male names.

In order to back up their findings, the scientists surveyed hundreds of individuals and found that, even on paper, they were less fearful of storms they thought would hit like a girl.

“People imagining a ‘female’ hurricane were not as willing to seek shelter,” said study co-author Sharon Shavitt in a statement. “The stereotypes that underlie these judgments are subtle and not necessarily hostile toward women — they may involve viewing women as warmer and less aggressive than men.”

Hurricanes were traditionally given women’s names, but the National Hurricane Center began the practice of alternating male and female monikers in 1979.

The study suggests that changing a hurricane’s name from Charley to Eloise “could nearly triple its death toll.”

Not everyone is buying it. No two storms are alike, and there could be plenty of other factors that determine how people respond to them.

But Laura Wattenberg, the creator of the popular naming site BabyNameWizard.com, notes that names do have subtle psychological effects on behavior.

“With a hurricane, you can have 40 million people affected by the same name at the same time,” Wattenberg says. “Even a tiny difference that’s spurred by the reaction to a name could end up having an effect.”

Although a great deal of care is devoted to choosing names for practically everything that has one — babies, consumer products, movies — nothing is as randomly named as a hurricane. Names are selected months and years in advance and then assigned in alphabetical order. There’s no telling which named storm will prove to be a real menace.

Wattenberg suggests choosing names that really pack a punch, “names of villains or markers of fear and evil to get people to act.

“Perhaps our public policy is that we should be naming all the hurricanes Voldemort,” she says. 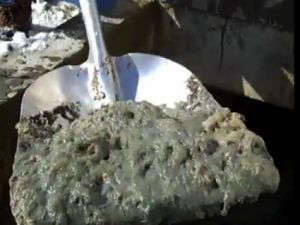 A sample of the manure foam that caused an explosion that lifted a hog barn two feet off the ground and blew a man 20 feet away from where he had been standing.

When you hear about foam in the context of food, you might think of the culinary innovations of the Spanish chef Ferran Adrià, who’s famous for dishes like apple caviar with banana foam.

But this post is about a much less appetizing kind of foam. You see, starting in about 2009, in the pits that capture manure under factory-scale hog farms, a gray, bubbly substance began appearing at the surface of the fecal soup. The problem is menacing: As manure breaks down, it emits toxic gases like hydrogen sulfide and flammable ones like methane, and trapping these noxious fumes under a layer of foam can lead to sudden, disastrous releases and even explosions. According to a 2012 report from the University of Minnesota, by September 2011, the foam had “caused about a half-dozen explosions in the upper Midwest…one explosion destroyed a barn on a farm in northern Iowa, killing 1,500 pigs and severely burning the worker involved.”

The foam grows to a thickness of up to four feet, and scientists can’t explain the phenomenon.

Angela Kent, an associate professor in the department of natural resources and environmental sciences at the University of Illinois, reports that “manure foaming” is “still a very serious problem among pork producers in the Midwest.” Scientists have still not been able to finger the cause of it, but “we are in the midst of a large multi-institution investigation focused on finding the cause of this very serious problem.”

Larry Jacobson, a professor and extension engineer at the University of Minnesota, reports that around 25 percent of operations in the hog-intensive regions of Minnesota, Illinois, and Iowa are experiencing foam—and “the number may be higher, because some operators might not know that they have it.”

He added that the practice of feeding hogs distillers grains, the mush leftover from the corn ethanol process, might be one of the triggers. Distillers grains entered hog rations in a major way around the same time that the foam started emerging, and manure from hogs fed distillers grains contains heightened levels of undigested fiber and volatile fatty acids—both of which are emerging as preconditions of foam formation, he said. But he added that distillers grains aren’t likely the sole cause, because on some operations, the foam will emerge in some buildings but not others, even when all the hogs are getting the same feed mix.

A solution seems to be emerging, Jacobson reports: Dump a bit of monensin, an antibiotic widely used to make cows grow faster, directly into the foam-ridden pit. At rather low levels, about 25 pounds of the stuff will treat a typical 500,000 gallon pit—the stuff effectively breaks up the foam, likely by altering the mix of microbes present. No other treatment has been shown to work consistently, Jacobson said. 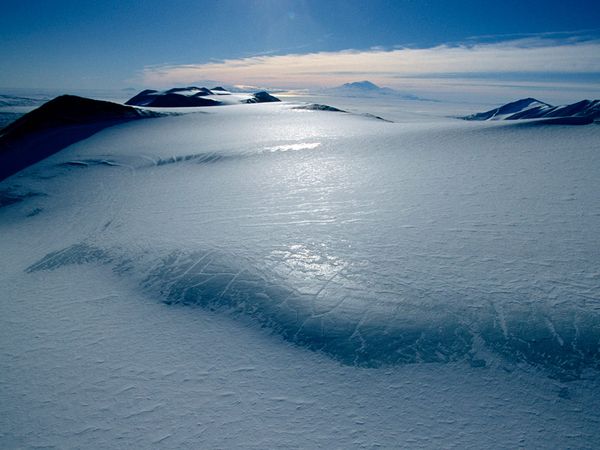 Ancient microbes have been discovered in bitter-cold brine beneath 60 feet of Antarctic ice, in permanent darkness and subzero temperatures of Antarctica’s Lake Vida, located in the northernmost of the McMurdo Dry Valleys of East Antarctica.

In the current issue of the Proceedings of the National Academy of Sciences, Nathaniel Ostrom, Michigan State University zoologist, has co-authored “Microbial Life at -13ºC in the Brine of an Ice-Sealed Antarctic Lake.” Ostrom was part of a team that discovered an ancient thriving colony, which is estimated to have been isolated for more than 2,800 years living in a brine of more than 20 percent salinity that has high concentrations of ammonia, nitrogen, sulfur and supersaturated nitrous oxide—the highest ever measured in a natural aquatic environment.”It’s an extreme environment – the thickest lake ice on the planet, and the coldest, most stable cryo-environment on Earth,” Ostrom said. “The discovery of this ecosystem gives us insight into other isolated, frozen environments on Earth, but it also gives us a potential model for life on other icy planets that harbor saline deposits and subsurface oceans, such as Jupiter’s moon Europa.”Members of the 2010 Lake Vida expedition team, Dr. Peter Doran (professor, University of Illinois, Chicago), Dr. Chris Fritsen (research professor, Desert Research Institute, Reno, Nev.) and Jay Kyne (an ice driller) use a sidewinder drill inside a secure, sterile tent on the lake’s surface to collect an ice core and brine existing in a voluminous network of channels 16 meters and more below the lake surface.

On the Earth’s surface, water fuels life. Plants use photosynthesis to derive energy. In contrast, at thermal vents at the ocean bottom, out of reach of the sun’s rays, chemical energy released by hydrothermal processes supports life. Life in Lake Vida lacks sunlight and oxygen. Its high concentrations of hydrogen gas, nitrate, nitrite and nitrous oxide likely provide the chemical energy used to support this novel and isolated microbial ecosystem. The high concentrations of hydrogen and nitrous oxide gases are likely derived from chemical reactions with the surrounding iron-rich rocks.

Consequently, it is likely that the chemical reactions between the anoxic brine and rock provide a source of energy to fuel microbial metabolism. These processes provide new insights into how life may have developed on Earth and function on other planetary bodies, Ostrom said. The research team comprised scientists from the Desert Research Institute (Reno, Nev.), the University of Illinois-Chicago, NASA, the University of Colorado, the Jet Propulsion Laboratory, Montana State University, the University of Georgia, the University of Tasmania and Indiana University.