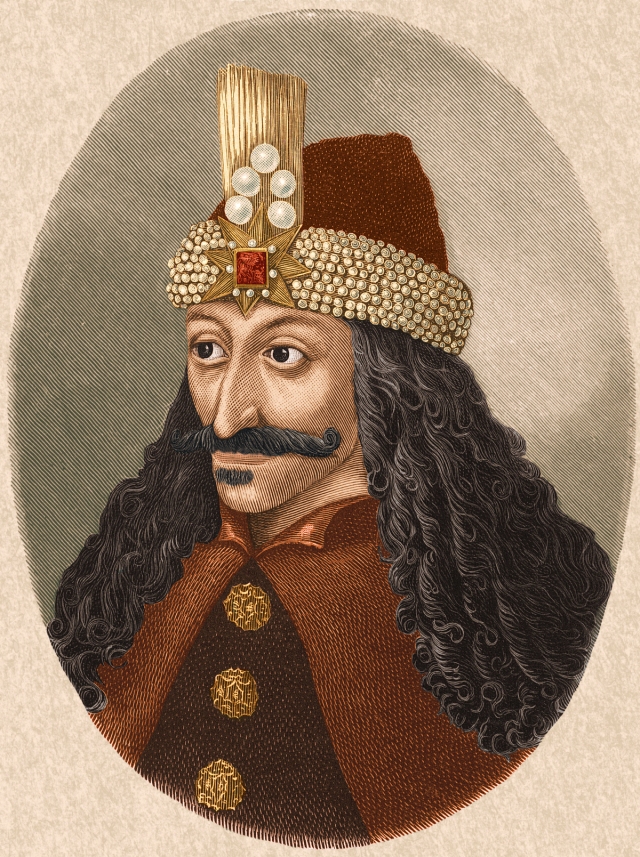 The dungeon believed to have held Vlad the Impaler, the inspiration for the blood-thirsty character, was recently discovered in Turkey

Archeologists in Turkey have reportedly discovered the dungeon where the real-life basis for Count Dracula was held.

The cell where history’s Dracula, the Romanian prince Vlad III (nicknamed Vlad the Impaler for his gruesome tendency to impale his foes), was recently discovered during a restoration project, the Turkey-based Hurriyet Daily News reports.

Restoration works in the Tokat Castle have discovered a secret tunnel leading to the Pervane Bath and a military shelter. Two dungeons have also been discovered in the castle, where Wallachian Prince Vlad III the Impaler, who was also known as Dracula, is said to have been held captive in the early 15th century.

The ongoing restoration works, which have continued for 10 weeks, have also restored and reinforced its bastions, which were used as defense in the Seljuk and Ottoman era.

“We try to shed light on history with the structure layers we unearth,” said archaeologist İbrahim Çetin, who works on the excavations. He said that the team has found food cubes and an open terrace, as well as the military shelter and dungeons that were “built like a prison.”

Çetin noted the presence of many tunnels surrounding the site. “The castle is completely surrounded by secret tunnels. It is very mysterious,” he said.

Çetin said that Dracula had been kept captive in one of these uncovered dungeons. “It is hard to estimate in which room Dracula was kept, but he was around here,” he said.

The Turkish archaeologist did not elaborate. Vlad III lived between 1431 and 1476. Most historians say he was kept in captivity in Romania. The exact length of his period of captivity is open to debate, though indications are that it was from 1462 to 1474. 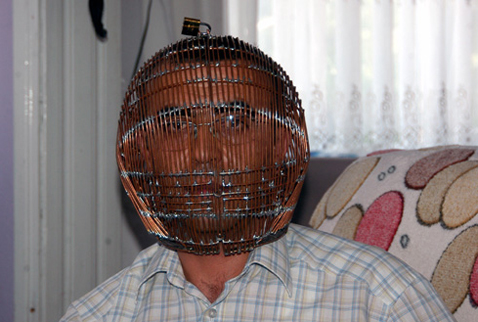 42-year-old Ibrahim Yucel has smoked for more than two-and-a-half decades, but he’s trying to give up the habit for his family’s sake. It hasn’t proven an easy task, though, so Yucel has developed a rather extreme way to help him kick the habit — every day, he dons a wire helmet that makes it impossible for him to smoke a cigarette. The Saw-style head cage doesn’t prevent Yucel from wanting a cigarette at work, but since the Turkish father of three leaves the keys to the locked helmet with his wife and kids every day, it does prevent him from following through on the craving.

The bigger the operation, the more blood gets spilled. In procedures like open heart surgery and major trauma, blood loss can be so great that large quantities need to be replaced.

Blood transfusions are often the preferred option. But in a minority of cases there can be adverse reactions.

And then there is the cost. As Professor Terry Gourlay puts it: “Blood is not cheap”.

He is a bioengineer at Strathclyde University in Glasgow, the leader of a team which has produced a new device to recycle blood during major surgery.

Recovering a surgical patient’s blood and putting it back in the body is not a new idea. But autotransfusion, as it is known, is typically a skilled, time-consuming and costly business.

Hemosep, as the Strathclyde process is known, is altogether more straightforward and looks a lot less labour intensive.

There is a small, lightweight machine which agitates the blood to stop it settling. But the key to it is the special plastic bag in which the recovered blood is poured.

Simply put, it is like a chemical sponge that soaks up the unwanted plasma which has diluted the blood during the operation.

The key component is an advanced polycarbonate membrane which lets the plasma through but keeps the important blood components separate. They include important proteins and clotting factors.

These concentrated cells can then be returned to the patient.

According to Professor Gourlay, the medical benefit of that is straightforward: “It’s your blood.”

Hemosep has already been tested successfully in Turkey where it has been used in more than 100 open heart surgery procedures.

The system will now be sold throughout the European Union in a partnership between Strathclyde and the medical device company, Advancis. It has also been approved for sale in Canada.

Professor Gourlay says that in some markets the true cost of a unit of blood can touch $1,600 and blood products constitute a multi-billion dollar worldwide market.

He explained: “Blood is not free, by any measure, and in fact in North America the latest studies suggest that a unit of blood costs upwards of $1,600.”