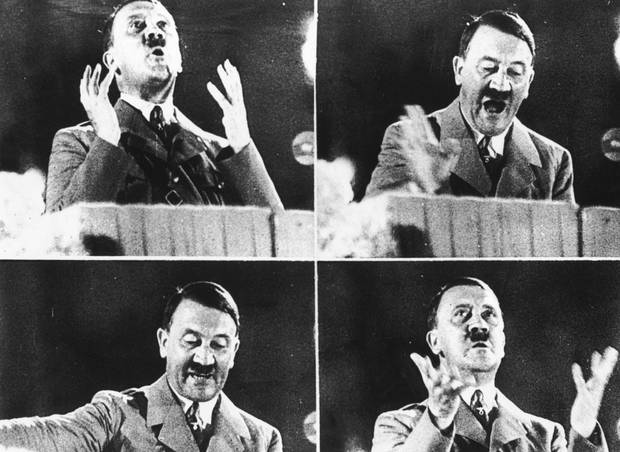 Now, new research has revealed that Adolf Hitler was himself a regular user of the drug, now a Class A, prized among addicts for its feeling of euphoria but feared for its mental destructiveness.

According to a 47-page wartime dossier compiled by American Military Intelligence, the Fuhrer was a famous hypochondriac and took over 74 different medications, including methamphetamines.

It claims that Hitler took the drug before his final meeting with Italian fascist leader Mussolini in July of 1943, during which he apparently ranted non-stop for two hours.

Hitler eased the pain of his final days in his bunker with nine injections of a drug called Vitamultin, too, which contained among its ingredients meth-amphetamine.

The dossier – which is the subject of a new documentary Hitler’s Hidden Drug Habit – goes on to claim that the Fuhrer became addicted to drugs after seeking the medical advice of Berlin-based Dr Morell in 1936.

He was initially prescribed a drug called Mutaflor in order to relieve the pain of his stomach cramps.

He was then prescribed Brom-Nervacit, a barbiturate, Eukodal, a morphine-based sedative, bulls’ semen to boost his testosterone, stimulants Coramine and Cardiazol, and Pervitin, an ‘alertness pill’ made with crystal meth-amphetamine.

His reliance on medication became costly, and by the end of 1943, Hitler was dependant on a mentally debilitating cocktail of uppers and downers.

“Morell was a quack and a fraud and a snake oil salesman,” Bill Panagopoulos, an American collector who discovered the dossier, said.

“He should not have been practising medicine anywhere outside a veterinary clinic.”

“Some [of the drugs] were innocuous, some not so innocuous, some poisonous. Did he develop a dependence on any of these drugs? Which of these drugs, if any, were addictive? And did he become addicted to them? I’d be interested to know what the combination of these medications would do to someone who’s otherwise in good health.” 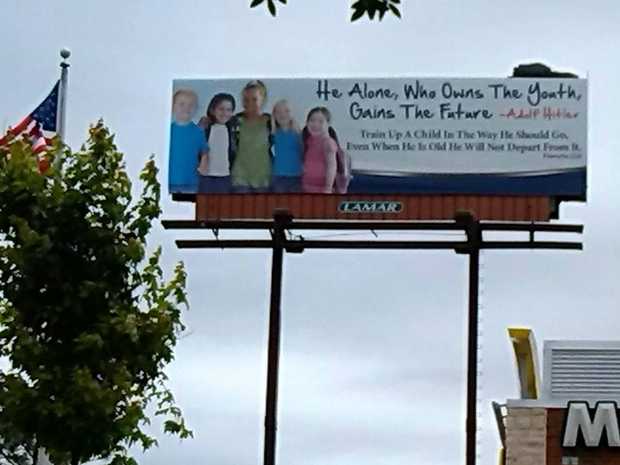 A billboard at the Village Mall in Auburn, Ala., features five smiling kids beneath a quote from Adolf Hitler: “He alone, who owns the youth, gains the future.”

According to Lamar Advertising’s Montgomery office, the billboard was rented out by Life Savers Ministries, based in Opelika, Ala.

Hitler’s quote traces back to his speeches of the ’30s, and has historically been tied to the Nazi youth programs.

The billboard went up Friday and will be taken down Tuesday, per LSM’s request.

“We are pulling the billboard and certainly never intended to cause confusion. … Herbert Hoover would have been a far better one to quote when he said, ‘Children are our most valuable resource,'” founder James Anderegg told the Ledger-Enquirer. “We are a children’s organization and had honorable intentions and nothing less.”