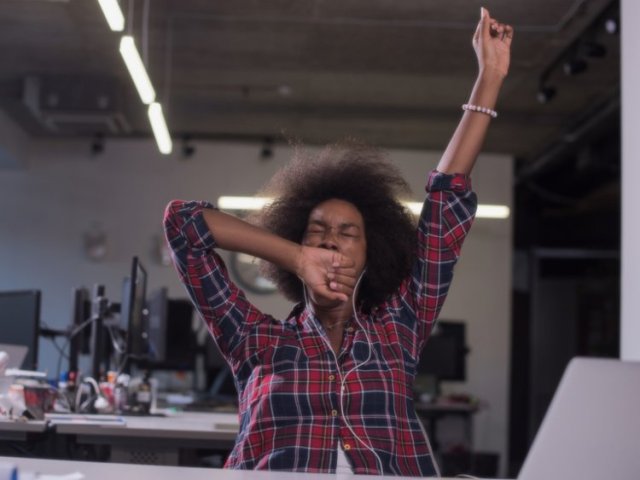 To determine whether someone is a psychopath, they have to score highly on tests like the Hare Psychopathy Checklist, answering questions about superficial charm, impulsive behaviour, and pathological lies.

But there could be a simpler test: yawning.

It’s hard not to yawn when someone else does, because yawning is so contagious. Even dogs can catch them. But according to a study from 2015, published in the journal Personality and Individual Differences, psychopaths aren’t so susceptible.

The researchers from Baylor University recruited 135 students and measured their personalities for psychopathic traits. They then subjected them to a contagious yawning experiment.

Those who scored highly on the psychopathic scale were much less likely to catch a yawn.

In previous research, yawning has been linked to empathy. For example, in one study, children with autism were less likely to catch yawns, possibly because they find it harder to read other people. Babies don’t catch yawns either, and won’t until they are at least 4 years old, when they have more emotional awareness.

The researchers suggest empathy could be at play in their experiment, as psychopaths tend to lack it.

This isn’t to say if someone doesn’t yawn when you do they must be a psychopath. It’s just an intriguing symptom of the people who struggle to connect with other people’s emotions.

Also, people can catch yawns to different degrees. For some, it’s just reading the word “yawn” is enough to set them off. So if you yawned the whole way through reading this article, you might be able to conclude that your empathy is pretty high.

2 thoughts on “Catching someone’s yawn is linked to empathy, and psychopaths are often immune”