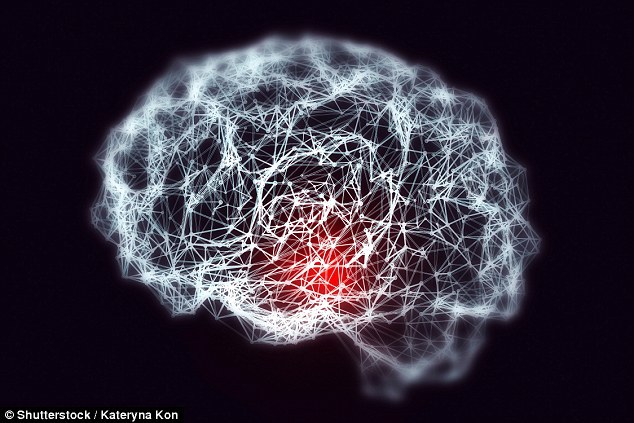 Dementia screening is more effective in winter and spring because that’s when tell-tale proteins flare up, new research suggests.

In a large-scale study of elderly people in the US, France and Canada, researchers found cognitive ability of over-70s in general is much sharper in summer and fall.

Brain-wise, healthy subjects seemed on average 4.8 years younger during those months than they did between November and May.

Those with Alzheimer’s pathology also experienced ‘dips’ in the winter, due to ‘seasonal rhythms’ in certain proteins, which seemed to make dementia-related genes more expressed in the brain.

The findings suggest that assessing people for the neurodegenerative disease in the latest and earliest months of the year might be the most effective way to detect the disease, for which there is still no definitive test.

People with dementia experience ‘dips’ in winter due to ‘seasonal rhythms’ in Alzheimer’s-related proteins, which seems to make dementia genes more expressed in the brain

According to lead author Dr Andrew Lim, assistant professor of neurology at the University of Toronto, the findings are a significant step towards improving Alzheimer’s diagnosis and treatment.

‘This association was independent of mood, sleep, physical activity, and thyroid status,’ he explained.

‘It was clinically significant, as reflected in a nearly 30 percent higher odds of meeting criteria for mild cognitive impairment or dementia in winter and spring compared to summer and fall, and it persisted in cases with pathologically confirmed Alzheimer’s disease.’

He adds: ‘There may be value in increasing dementia-related clinical resources in the winter and early spring when symptoms are likely to be most pronounced.

‘By shedding light on the mechanisms underlying the seasonal improvement in cognition in the summer and early fall, these findings also open the door to new avenues of treatment for Alzheimer’s disease.’

Several studies suggested season may be associated with cognitive function in some populations of younger adults.

But studies of the seasonal impact in older adults was lacking and little known about the underlying mechanisms.

So 3,353 older adults over 70 with and without Alzheimer’s in three cohort studies in the United States, Canada, and France were recruited.

They tested their thinking and concentration, and the Alzheimer-disease-related proteins in their spinal fluid measured.

Autopsies on those who died were performed and the brain was measured.

The average cognitive functioning was higher in the summer and autumn than the winter and spring, equivalent in cognitive effect to 4.8 years difference in age-related decline.

In addition, the odds of meeting the diagnostic criteria for mild cognitive impairment or dementia were higher in the winter and spring than summer or autumn.

There are several theories as to what could be the cause for these piques and troughs.

First, Dr Lim explains, there are environmental factors like more light and warmer temperatures which could boost general cognition in the summer and fall.

‘If true, then interventions such as phototherapy or temperature modification may be effective in sustaining this peak year-round,’ he says.

Second, in the summer, we tend to be more active, with a better diet, and better sleeping habits.

‘In this study, the association between season and cognition was independent of self-reported sleep and physical activity, although studies incorporating objective markers of these and other behaviors may reveal a more important role for behavioral factors.’

Third, there is the ominous seasonal depressive disorder, which afflicts so many in the winter months. Those seasonal rhythms in psychological state, he says, may also drive the association between season and cognition.

‘In this study, the seasonality of cognition was independent of depression; however, other psychological factors, such as negative affect, which has been associated with mild cognitive impairment and dementia, may be important.’

Lastly, there are the things going on inside the body. All those factors – environmental, lifestyle and psychological – impact our hormone and vitamin levels.

‘In our study adjusting for serum levels of thyroid-stimulating hormone did not substantially attenuate estimates of the association between season and cognition,’ Dr Lim explains.

‘However, additional metabolic factors that may potentially link season to cognition are vitamin D, sex hormones like testosterone, and melatonin.’

The study, published today in the journal PLOS Medicine, had one clear limitation, among others: the participants were only assessed once a season, and only included data on individuals from temperate northern-hemisphere regions, not from southern-hemisphere or equatorial regions.

However, Dr Lim insists they are on to something.

‘The persistence of a robust summer/fall peak in cognition suggests that even in pathologically confirmed Alzheimer’s disease, there remains substantial cognitive plasticity.

‘Identifying drivers or mediators of this effect may enable leveraging this plasticity to improve cognition year-round.’

Dr Rosa Sancho, Head of Research of Alzheimer’s Research UK, concurred. The study is just one piece of the puzzle but sheds light on a rarely discussed element of the lives of dementia patients.

‘For most people with dementia, symptoms get steadily worse over the course of several years but there are things that can also impact memory and thinking ability in the short term. We know that factors like sleep quality and mood can affect cognitive performance whether or not someone has dementia, and this study suggests that the time of year may also influence these skills,’ she said.