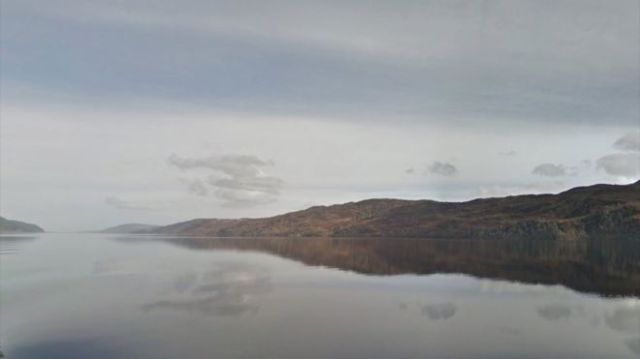 Prof Neil Gemmell, a New Zealand scientist leading the project, said he did not believe in Nessie, but was confident of finding genetic codes for other creatures.

He said a “biological explanation” might be found to explain some of the stories about the Loch Ness Monster.

The team will collect tiny fragments of skin and scales for two weeks in June.

Prof Gemmell, from the University of Otago in Dunedin, said: “I don’t believe in the idea of a monster, but I’m open to the idea that there are things yet to be discovered and not fully understood.

“Maybe there’s a biological explanation for some of the stories.”

The University of the Highlands and Islands’ UHI Rivers and Lochs Institute in Inverness is assisting in the project.

After the research team’s trip to Loch Ness, the samples will be sent to laboratories in New Zealand, Australia, Denmark and France to be analysed against a genetic database.

“While the prospect of looking for evidence of the Loch Ness monster is the hook to this project, there is an extraordinary amount of new knowledge that we will gain from the work about organisms that inhabit Loch Ness – the UK’s largest freshwater body.”

The scientist said the team expected to find sequences of DNA from plants, fish and other organisms.

He said it would be possible to identify these plants and animals by comparing the sequences of their DNA against sequences held on a large, international database.

Prof Gemmell added: “There is this idea that an ancient Jurassic Age reptile might be in Loch Ness.

“If we find any reptilian DNA sequences in Loch Ness, that would be surprising and would be very, very interesting.”

The Loch Ness Monster is one of Scotland’s oldest and most enduring myths. It inspires books, TV shows and films, and sustains a major tourism industry around its home.

The story of the monster can be traced back 1,500 years when Irish missionary St Columba is said to have encountered a beast in the River Ness in 565AD.

Later, in the 1930s, The Inverness Courier reported the first modern sighting of Nessie.

In 1933, the newspaper’s Fort Augustus correspondent, Alec Campbell, reported a sighting by Aldie Mackay of what she believed to be Nessie.

The editor at the time, Evan Barron, suggested the beast be described as a “monster”, kick starting the modern myth of the Loch Ness Monster.

Over the years various efforts have tried and failed to find the beast.

In tourism terms, there are two exhibitions dedicated to the monster and there is not a tourist shop in the Highlands, and even more widely across Scotland, where a cuddly toy of Nessie cannot be found.

In 2016, the inaugural Inverness Loch Ness International Knitting Festival exhibited knitted Nessie’s made from all parts of the world.

In popular culture, the Loch Ness Monster has reared its head many times, including in 1975’s four-part Doctor Who – Terror of the Zygons, the 1980s cartoon The Family-Ness as well as The Simpsons and 1996’s Loch Ness starring Ted Danson.

In 2014, it was reported that for the first time in almost 90 years no “confirmed sightings” had been made of the Loch Ness Monster.

Gary Campbell, who keeps a register of sightings, said no-one had come forward in 18 months to say they had seen the monster.