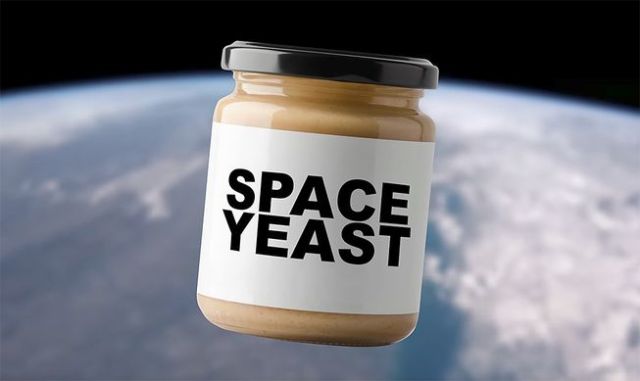 Mankind’s future exploration of other planets may come to depend on the very thing we all flush away every day.

Researchers from Clemson University, in collaboration with NASA, are studying ways to take advantage of human urine sweat, and carbon dioxide to create everything from polyester to nutritional supplements. The key to making this possible is a strain of yeast called Yarrowia lipolytica, which would feed off collected waste and convert it into useful oils and fats.

“One of the yeast strains produces omega-3 fatty acids, which contribute to heart, eye and brain health,” the team reported ahead of a presentation at the American Chemical Society. “Another strain has been engineered to churn out monomers and link them to make polyester polymers. Those polymers could then be used in a 3-D printer to generate new plastic parts.”

Similar to how Mars habitats will likely be created using resources already present on the Martian surface, spare tools and parts for long spaceflights will need to be sourced during the mission. According to Clemson University’s Mark Blenner, an assistant professor of chemical and biomolecular engineering, this conversion of waste will give birth to a new kind of economy.

“If astronauts are going to make journeys that span several years, we’ll need to find a way to reuse and recycle everything they bring with them,” he said in a statement. “Atom economy will become really important.”

While taking advantage of urine and sweat may sound justifiably gross, keep in mind that astronauts on the International Space Station today already convert their urine into clean drinking water. Using it for tools and other beneficial products won’t be much of a leap.

“It tastes like bottled water,” Layne Carter, water subsystem manager for the ISS at Nasa’s Marshall Space Flight Center told Bloomberg. “As long as you can psychologically get past the point that it’s recycled urine and condensate that comes out of the air.”

Despite only having managed to produce small amounts of polyesters or nutrients from Y. lipolytica in the lab, the Clemson researchers are hopeful that further studies will lead to increases in output.

“We’re learning that Y. lipolytica is quite a bit different than other yeast in their genetics and biochemical nature,” Blenner added. “Every new organism has some amount of quirkiness that you have to focus on and understand better.”