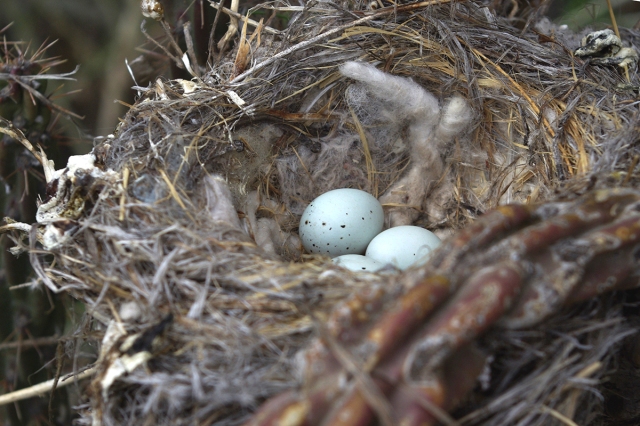 A species of urban bird seems to harness the toxic chemicals in cigarette butts in its fight against nest parasites – although there is a downside to the practice.

Constantino Macías Garcia at the National Autonomous University of Mexico, and his colleagues, have spent several years studying the curious cigarette habit in urban house finches (Carpodacus mexicanus). Initial evidence hinted that nicotine and other chemicals in the butts might help deter insect pests from moving into the nests – nicotine does have anti-parasite properties – but it wasn’t conclusive.

To firm up the conclusion, Macías Garcia and his team experimented with 32 house finch nests. One day after the eggs in the nest had hatched, the researchers removed the natural nest lining and replaced it with artificial felt, to remove any parasites that might have moved in during brooding. They then added live ticks to 10 of the nests, dead ticks to another 10 and left 12 free of ticks.

The results suggest that the finches are using the cigarette butts to “medicate” their nests against the ticks, says Macías Garcia. ‘‘Ectoparasites such as ticks and mites cause damage to finches – for example, eating their feathers and sucking their blood,” he says.

“It’s fascinating, and an exciting example of animals being innovative and making use of the materials available to them,” says Steve Portugal at Royal Holloway, University of London.

However, Macías Garcia’s earlier studies suggest the habit is harmful too. “The butts cause [genetic] damage to finches by interfering with cell division, which we assessed by looking at their red blood cells,” he says.

“I think the anti-parasite effects the cigarette butts provide must outweigh any negative problems they cause,” says Portugal. “Alternatively, the genotoxic effects take longer to manifest, and the adult birds aren’t aware of any problem.”