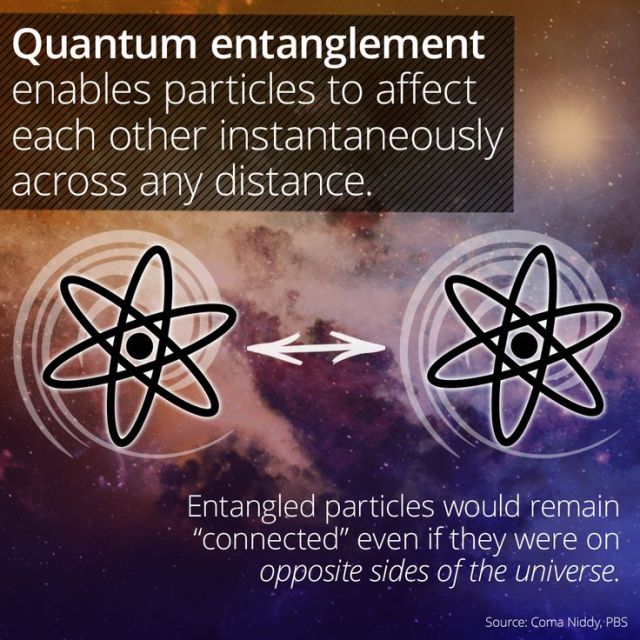 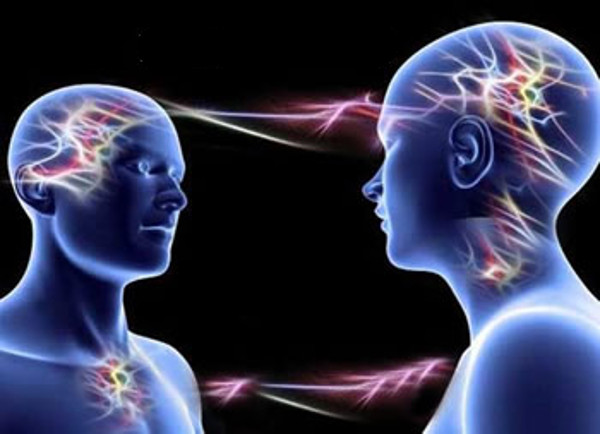 Imagine you are a photon, a packet of light. You are a tiny blip of energy, hurtling through the universe on your own. But you have a twin, another photon to whom you have been intimately connected since the day you were born. No matter what distance separates you, be it the width of a lab bench or the breadth of the universe, you mirror each other. Whatever happens to your twin instantaneously affects you, and vice versa. You are like the mouse siblings in “An American Tail”, wrenched apart by fate but feeling the same feelings and singing the same song beneath the same glowing moon.

This is quantum entanglement. To non-physicists it sounds about as fantastical as singing mice, and indeed, plenty of physicists have problems with the phenomenon. Albert Einstein, whose own research helped give rise to quantum theory, derisively called the concept “spooky action at a distance.” Quantum entanglement seems to break some of the bedrock rules of standard physics: that nothing can travel faster than light, that objects are only influenced by their immediate surroundings. And scientists still can’t explain how the particles are linked. Is it wormholes? An unknown dimension? The power of love? (That last one’s a joke.)

Luckily for quantum physicists, you don’t always need to explain a phenomenon in order to use it. Ancient humans didn’t know about friction before inventing the wheel; doctors in medieval China didn’t know about antibodies when they began inoculating people against smallpox 600 years ago. Not knowing what’s behind quantum entanglement didn’t stop Jian-Wei Pan, a physicist at the University of Science and Technology of China in Shanghai, from rocketing it into space.

In a new study in the journal Science, Pan and his colleagues report that they were able to produce entangled photons on a satellite orbiting 300 miles above the planet and beam the particles to two different ground-based labs that were 750 miles apart, all without losing the particles’ strange linkage. It is the first time anyone has ever generated entangled particles in space, and represents a 10-fold increase in the distance over which entanglement has been maintained.

“It’s a really stunning achievement, and I think it’s going to be the first of possibly many such interesting and exciting studies that this particular satellite will open up,” said Shohini Ghose, a physicist at Wilfrid Laurier University in Canada. “Who knows, maybe there’ll be a space entanglement race?”

There’s good a reason world governments may soon race to test out quantum theory in orbit, and it’s not just so they can claim the title of “spookiest.” Entangled particles could one day be used for “quantum communication” — a means of sending super secure messages that doesn’t rely on cables, wireless signals, or code. Because any interference with an entangled particle, even the mere act of observing it, automatically affects its partner, these missives can’t be hacked. To hear quantum physicists tell it, entangled particles could help build a “quantum internet,” give rise to new kinds of coding, and allow for faster-than-light communication — possibilities that have powerful appeal in an era where hospitals, credit card companies, government agencies, even election systems are falling victim to cyber attacks.

But until Pan and his colleagues started their experiments in space, quantum communication faced a serious limitation. Entangled photons don’t need wires or cables to link them, but on Earth it is necessary to use a fiber optic cable to transmit one of the particles to its desired location. But fibers absorb light as the photon travels through, so the quantum connection weakens with every mile the particle is transmitted. The previous distance record for what’s known as quantum teleportation, or sending information via entangled particles, was about 140 kilometers, or 86 miles.

On board the Chinese satellite Micius, which launched last year, a high energy laser was fired through a special kind of crystal, generating entangled photon pairs. This in itself was a feat: the process is sensitive to turbulence, and before the experiment launched scientists weren’t completely sure it would work. These photons were transmitted to ground stations in Delingha, a city on the Tibetan Plateau, and Lijiang, in China’s far southwest. The cities are about 750 miles apart — a bit farther than New York and Chicago. For comparison, the fiber optic method for quantum teleportation couldn’t get a New York photon much farther than Trenton, N.J.

Multiple tests on the ground confirmed that the particles from the Micius satellite were indeed still entangled. Now Pan wants to try even more ambitious experiments: sending quantum particles from the ground to the satellite; setting up a distribution channel that will allow for transmission of tens of thousands of entangled pairs per second. ”

“Then the satellite can really be used for quantum communication,” he said.

The Micius satellite can also be used to probe more fundamental questions, Pan added. The behavior of entangled particles in space and across vast distances offers insight into the nature of space-time and the validity of Einstein’s theory of general relativity. Plus there’s the whole issue of what is going on with these bizarre linked photons in the first place.

“Mathematically we know exactly how to describe what happens,” Ghose said. “We know how to connect, physically, these particles in the lab, and we know what to expect when we generate and manipulate and transmit them.”

But as for how it all happens, how entangled photons know what their partner is doing, “that is not part of the equation,” she continued. “That’s what makes it so mysterious and interesting.”