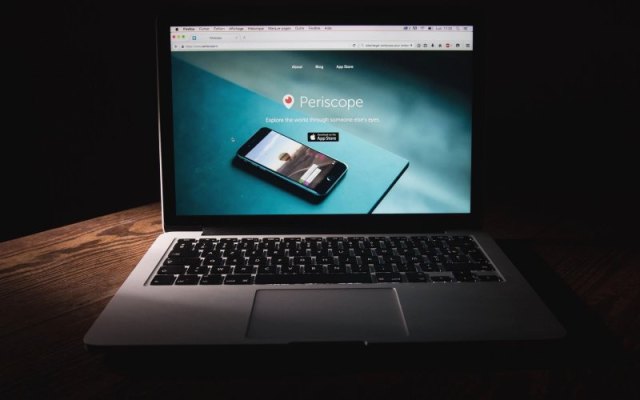 A young French woman broadcast her last moments in a haunting livestream video.

More than 1,000 people are believed to have watched the young woman kill herself.

They watched her calmly discuss her decision to die, just as they watched her slip on her sneakers before heading to a nearby station and throwing herself in front of an oncoming suburban RER C train.

No one watching was able to approach the platform, or yell for her to stop, or to do anything else that may have prevented her from carrying out her desperate act, because no one could. The hundreds of people who witnessed her last moments watched the drama unfold behind their phone screens.

At the Egly train station south of Paris on Tuesday, a French teenager broadcast her suicide on Periscope, a smartphone app that allows users to stream live videos. The video has reportedly been removed from Periscope, but footage of the minutes leading up to her death has been posted on YouTube.

While suicide, and even public suicide, is nothing new, the age of social media makes such acts of despair accessible in a way they have never been previously. Indeed, Tuesday’s tragedy near Paris is not the first time a young person has broadcast a suicide on social media. In 2010, a 21-year-old Swedish man hanged himself on a live webcam broadcast. And a young woman in Shanghai documented the events leading up to her suicide on Instagram in 2014, uploading a series of disturbing images, including one in which her legs are dangling out of the window of a high-rise apartment.

“I will haunt you day and night after I’m dead,” she reportedly posted on the photo-sharing app in a message to her ex-boyfriend before jumping to her death.

In its guidelines, Periscope, which is owned by Twitter, prohibits what it deems “explicitly graphic content or media that is intended to incite violent, illegal or dangerous activities.” However, with some 10 million active users, monitoring every account 24/7 would be daunting, if not impossible.

“Why do you say you love me, you don’t even know me?” asks the pretty young woman seated on a red couch in her apartment and facing the camera. She is pale with long brown hair and piercings, one in her left nostril and two just beneath her lower lip. A prospective suitor has messaged her, but she calmly and firmly rebuffs his advances.

“Yes, I am single, but I am not looking for that. Really.”

She rolls a cigarette before continuing.

“What is about to happen is very shocking, so those who are underage should leave.”

She takes a long drag and continues to field questions from users. She tells them that she is 19 and works at a retirement home. Her determined, unemotional demeanor is a bit unsettling to watch. As is the way she calmly answers questions, sometimes even cracking a smile or unleashing a soft giggle.

“Why are you asking me who I am?” she asks with a chuckle before taking another drag. “I am no one.”

At one point she stops speaking and continues to smoke while scrolling through messages other Periscope users are sending her—mostly lame pick-up lines and other typical online inanities. Footage of her final act has been replaced with a black screen, but the faint voices of emergency personnel can be heard on the audio track, and messages from fellow users shift from playful banter to disbelief to concern.

“Stop messing around,” one of them reads.

“Where did she go? Call the cops!” reads another.

Indeed, it was a fellow Periscope user who alerted emergency services, but by the time they arrived at the station yesterday afternoon it was too late. French police have reportedly launched an investigation into her death.

Before she died, the young French woman reportedly claimed to be a victim of a sexual assault and named her alleged attacker. Whether it was the trauma of rape or another reason that drove her to violently end her life is not known. More unnerving is her decision to broadcast her death to hundreds of strangers. It’s not clear whether it’s a cry for help, since in the video she refuses to divulge any personal details, including her name and location. Had she wanted to feel less alone? Was she seeking empathy? Or in today’s digital world, where we joke that an event never really happened unless it’s posted, tweeted, or streamed, was she merely seeking to document, and thus, validate, the last moments of her life?

“What I want to make clear is that I am not doing this for the hype, but to send a message, to open minds,” she explains in the video.

The precise nature of the message she was hoping to send may never be understood. Instead, we are left a troubling glimpse of a young woman in pain, whom no one could help in time.

One thought on “French teenager broadcasts her suicide on Periscope”