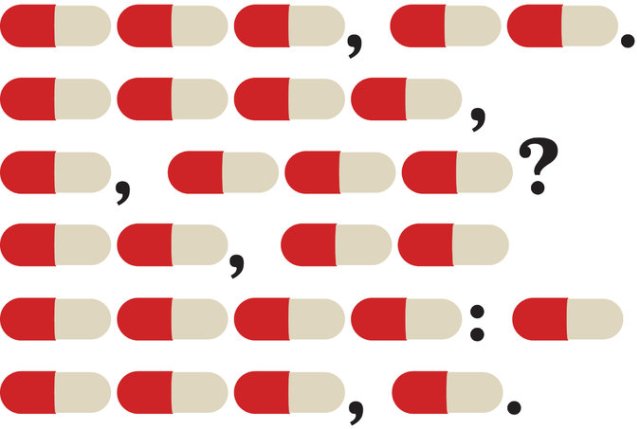 By Richard A Friedman, a professor of clinical psychiatry at Weill Cornell Medical College

American psychiatry is facing a quandary: Despite a vast investment in basic neuroscience research and its rich intellectual promise, we have little to show for it on the treatment front.

With few exceptions, every major class of current psychotropic drugs — antidepressants, antipsychotics, anti-anxiety medications — basically targets the same receptors and neurotransmitters in the brain as did their precursors, which were developed in the 1950s and 1960s.

Sure, the newer drugs are generally safer and more tolerable than the older ones, but they are no more effective.

Even the new brain stimulatory treatments like repetitive transcranial magnetic stimulation don’t come close to the efficacy of electroconvulsive treatment, developed in the 1940s. (Deep brain stimulation is promising as a treatment for intractable depression, but it is an invasive treatment and little is known about its long-term safety or efficacy.)

As a psychiatrist and psychopharmacologist who loves neuroscience, I find this trend very disturbing. First, psychotherapy has been shown in scores of well-controlled clinical trials to be as effective as psychotropic medication for very common psychiatric illnesses like major depression and anxiety disorders; second, a majority of Americans clearly prefer psychotherapy to taking medication. For example, in a meta-analysis of 34 studies, Dr. R. Kathryn McHugh at McLean Hospital found that patients were three times more likely to want psychotherapy than psychotropic drugs.

Finally, many of our patients have histories of trauma, sexual abuse, the stress of poverty or deprivation. There is obviously no quick biological fix for these complex problems.

Still, there has been a steady decline in the number of Americans receiving psychotherapy along with a concomitant increase in the use of psychotropic medication in those who are treated in the outpatient setting. These trends are most likely driven by many factors, including cost and the limited availability that most Americans have to mental health practitioners. It is clearly cheaper and faster to give a pill than deliver psychotherapy.

The doubling down on basic neuroscience research seems to reflect the premise that if we can unravel the function of the brain, we will have a definitive understanding of the mind and the causes of major psychiatric disorders. Indeed, an editorial in May in one of the most respected journals in our field, JAMA Psychiatry, echoed this view: “The diseases that we treat are diseases of the brain,” the authors wrote.

Even if this premise were true — and many would consider it reductionist and simplistic — an undertaking as ambitious as unraveling the function of the brain would most likely take many years. Moreover, a complete understanding of neurobiology is unlikely to elucidate the complex interactions between genes and the environment that lie at the heart of many mental disorders. Anyone who thinks otherwise should remember the Decade of the Brain, which ended 15 years ago without yielding a significant clue about the underlying causes of psychiatric illnesses.

Sure, we now have astounding new techniques for studying the brain, like optogenetics, in which neurons can be controlled by light, allowing researchers to understand how neurons work alone and in networks. But no one thinks breakthrough biological treatments are just around the corner.

More fundamentally, the fact that all feelings, thoughts and behavior require brain activity to happen does not mean that the only or best way to change — or understand — them is with medicine. We know, for instance, that not all psychiatric disorders can be adequately treated with biological therapy. Personality disorders, like borderline and narcissistic personality disorders, which are common and can cause impairment and suffering comparable to that of severe depression, are generally poorly responsive to psychotropic drugs, but are very treatable with various types of psychotherapy.

There is often no substitute for the self-understanding that comes with therapy. Sure, as a psychiatrist, I can quell a patient’s anxiety, improve mood and clear psychosis with the right medication. But there is no pill — and probably never will be — for any number of painful and disruptive emotional problems we are heir to, like narcissistic rage and paralyzing ambivalence, to name just two.

This requires patients to re-experience the circumstances of their traumatic event, which is meant to desensitize them and teach them that their belief that they are in danger is no longer true.

But we know that many patients with PTSD do not respond to exposure, and many of them find the process emotionally upsetting or intolerable.

Dr. John C. Markowitz, a professor of clinical psychiatry at Columbia University, recently showed for the first time that PTSD is treatable with a psychotherapy that does not involve exposure. Dr. Markowitz and his colleagues randomly assigned a group of patients with PTSD to one of three treatments: prolonged exposure, relaxation therapy and interpersonal psychotherapy, which focuses on patients’ emotional responses to interpersonal relationships and helps them to solve problems and improve these relationships. His federally funded study, published in May’s American Journal of Psychiatry, reported that the response rate to interpersonal therapy (63 percent) was comparable to that of exposure therapy (47 percent).

PTSD is a serious public mental health problem, particularly given the rates of PTSD in our veterans returning from war. This study now gives clinicians a powerful new therapy for this difficult-to-treat disorder. Imagine how many more studies like Dr. Markowitz’s might be possible if the federal funding of psychotherapy research were not so stingy.

Don’t get me wrong. I’m all for cutting-edge neuroscience research — and lots of it. But we are more than a brain in a jar. Just ask anyone who has benefited from psychotherapy.