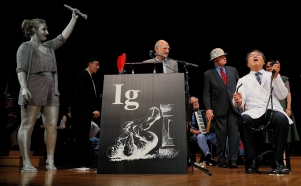 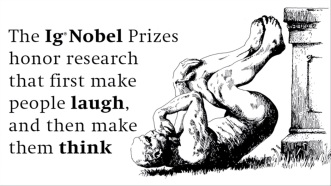 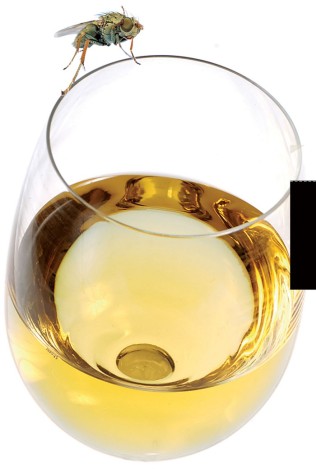 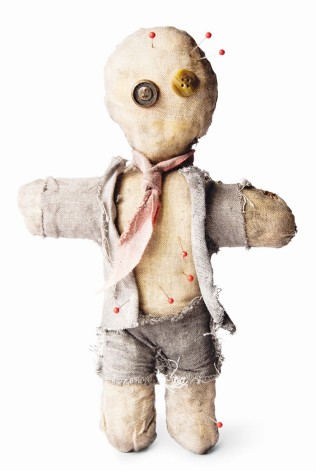 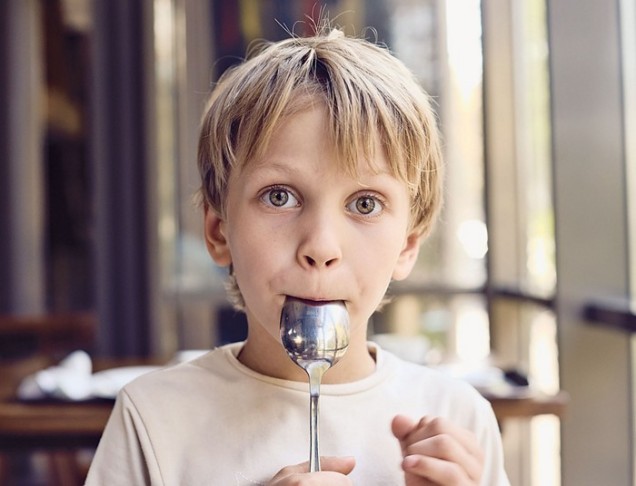 cientific studies on the cleaning power of spit, a lone fruit fly’s ability to spoil wine, and cannibals’ caloric intake garnered top honors at the 28th Ig Nobel Prize ceremony. The seriously silly citations, which “honor achievements that first make people laugh, and then think,” were awarded on Sept. 13 at Harvard University’s Sanders Theatre. Entertaining emcee Marc Abrahams and the savvy satirists of the Annals of Improbable Research produced the ceremony.

The coveted Chemistry Prize went to Portuguese researchers who quantified the cleaning power of human saliva. Nearly 30 years ago, conservators Paula Romão and Adília Alarcão teamed up with late University of Lisbon chemist César Viana to find out why conservators preferred their own saliva to any other solvent for cleaning certain objects—with the goal of finding a more hygienic substitute. Compared with popular solvents, saliva was the superior cleaning agent, particularly for gilded surfaces. The researchers attributed the polishing power to the enzyme α-amylase and suggested solutions of this hydrolase might achieve a spit shine similar to spit (Stud. Conserv. 1990, DOI: 10.1179/sic.1990.35.3.153).

A fruit fly in a glass of wine is always an unwelcome guest. But it turns out that as little as 1 ng of Drosophila melanogaster’s pheromone (Z)-4-undecenal can spoil a glass of pinot blanc. That discovery, from researchers led by Swedish University of Agricultural Sciences’ Peter Witzgall, received the Ig Nobel’s Biology Prize. Only female fruit flies carry the pheromone, so males can swim in spirits without delivering the offending flavor, but the Newscripts gang still prefers to drink wine without flies (J. Chem. Ecol. 2018, DOI: 10.1007/s10886-018-0950-4).

Putting the paleo diet in a new perspective, University of Brighton archaeologist James Cole took home the Nutrition Prize for calculating that Paleolithic people consumed fewer calories from a human-cannibalism diet than from a traditional meat diet. Thus, Cole concludes, Paleolithic cannibals may have dined on their companions for reasons unrelated to their nutritional needs (Sci. Rep. 2017, DOI: 10.1038/srep44707).

A team led by Wilfrid Laurier University psychologist Lindie H. Liang won the Economics Prize “for investigating whether it is effective for employees to use voodoo dolls to retaliate against abusive bosses.” Push in some pins: The findings indicate voodoo doll retaliations make employees feel better (Leadership Q. 2018, DOI: 10.1016/j.leaqua.2018.01.004).

The Ig Nobel committee also gave out a Medical Education Prize this year, to gastroenterologist Akira Horiuchi for the report “Colonoscopy in the Sitting Position: Lessons Learned from Self-Colonoscopy” (Gastrointest. Endoscopy 2006, DOI: 10.1016/j.gie.2005.10.014).

Lund University cognitive scientists Gabriela-Alina Sauciuc and coworkers claimed the Anthropology Prize “for collecting evidence, in a zoo, that chimpanzees imitate humans about as often, and about as well, as humans imitate chimpanzees” (Primates 2017, DOI: 10.1007/s10329-017-0624-9).

And finally, the Ig Nobel Peace Prize was awarded to a team from the University of Valencia’s University Research Institute on Traffic & Road Safety “for measuring the frequency, motivation, and effects of shouting and cursing while driving an automobile” (J. Sociol. Anthropol. 2016, DOI: 10.12691/jsa-1-1-1).

The Ig Nobel ceremony can be viewed in its entirety at youtube.com/improbableresearch, and National Public Radio’s “Science Friday” will air an edited recording of the ceremony on the day after U.S. Thanksgiving. 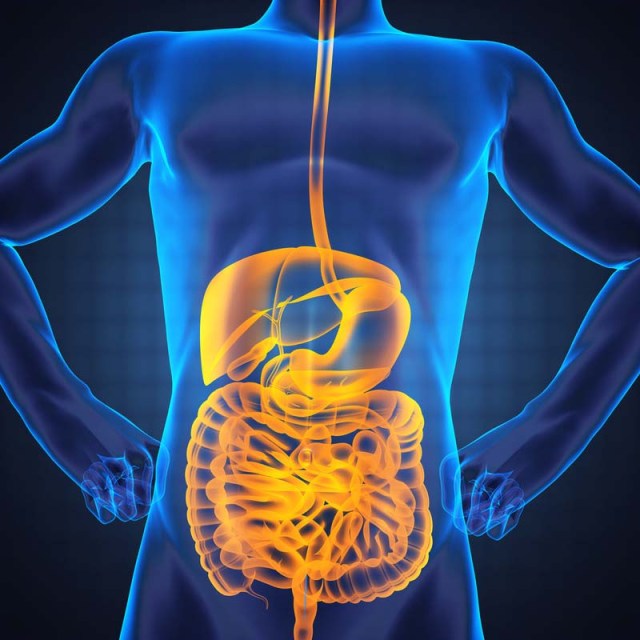 Why do some people remain healthy into their 80s and beyond, while others age faster and suffer serious diseases decades earlier? New research led by UCLA life scientists may produce a new way to answer that question—and an approach that could help delay declines in health.

Specifically, the study suggests that analyzing intestinal bacteria could be a promising way to predict health outcomes as we age.

The researchers discovered changes within intestinal microbes that precede and predict the death of fruit flies. The findings were published in the open-source journal Cell Reports.

“Age-onset decline is very tightly linked to changes within the community of gut microbes,” said David Walker, a UCLA professor of integrative biology and physiology, and senior author of the research. “With age, the number of bacterial cells increase substantially and the composition of bacterial groups changes.”

The study used fruit flies in part because although their typical life span is just eight weeks, some live to the age equivalent of humans’ 80s and 90s, while others age and die much younger. In addition, scientists have identified all of the fruit fly’s genes and know how to switch individual ones on and off.

In a previous study, the UCLA researchers discovered that five or six days before flies died, their intestinal tracts became more permeable and started leaking.

In the latest research, which analyzed more than 10,000 female flies, the scientists found that they were able to detect bacterial changes in the intestine before the leaking began. As part of the study, some fruit flies were given antibiotics that significantly reduce bacterial levels in the intestine; the study found that the antibiotics prevented the age-related increase in bacteria levels and improved intestinal function during aging.

“When we prevented the changes in the intestinal microbiota that were linked to the flies’ imminent death by feeding them antibiotics, we dramatically extended their lives and improved their health,” Walker said. (Microbiota are the bacteria and other microorganisms that are abundant in humans, other mammals, fruit flies and many other animals.)

The intestine acts as a barrier to protect our organs and tissue from environmental damage.

“The health of the intestine—in particular the maintenance of the barrier protecting the rest of the body from the contents of the gut—is very important and might break down with aging,” said Rebecca Clark, the study’s lead author. Clark was a UCLA postdoctoral scholar when the research was conducted and is now a lecturer at England’s Durham University.

The biologists collaborated with William Ja, an assistant professor at Florida’s Scripps Research Institute, and Ryuichi Yamada, a postdoctoral research associate in Ja’s laboratory, to produce an additional group of flies that were completely germ-free, with no intestinal microbes. Those flies showed a very dramatic delay in intestinal damage, and they lived for about 80 days, approximately one-and-a-half times as long as the animal’s typical life span.

Scientists have recently begun to connect a wide variety of diseases, including diabetes and Parkinson’s, among many others, to changes in the microbiota, but they do not yet know exactly what healthy microbiota look like.

“One of the big questions in the biology of aging relates to the large variation in how we age and how long we live,” said Walker, who added that scientific interest in intestinal microbes has exploded in the last five years.

When a fruit fly’s intestine begins to leak, its immune response increases substantially and chronically throughout its body. Chronic immune activation is linked with age-related diseases in people as well, Walker said.

Walker said that the study could lead to realistic ways for scientists to intervene in the aging process and delay the onset of Parkinson’s disease, Alzheimer’s disease, cancer, stroke, cardiovascular disease, diabetes and other diseases of aging—although such progress could take many years, he said.