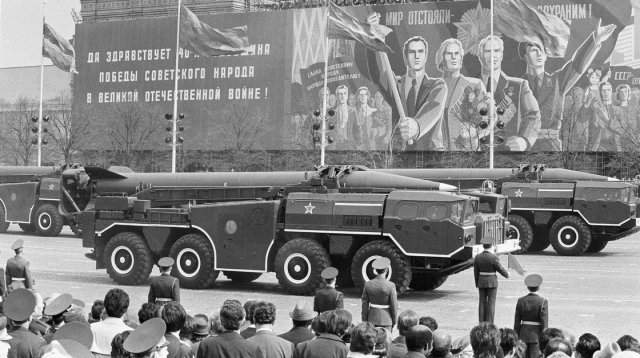 Here’s a remarckable fact: For the past two decades, 10 percent of all the electricity consumed in the United States has come from Russian nuclear warheads.

It was all part of a deal struck at the end of the Cold War. That deal wraps up today, when the final shipment of fuel arrives at a U.S. facility.

The origins of the plan lie in the early 1990s. At the time, Philip Sewell was working for the U.S. Department of Energy. The Soviet Union had just disintegrated, and Sewell’s job was to find ways to collaborate with the former adversaries. In practice, this involved driving out into the Russian countryside, to military facilities that weren’t even on the map. When Sewell got there, what he saw wasn’t pretty.

“Windows were broken, gates were not locked, and there were very few people around,” Sewell says.

But inside these crumbling buildings, the Russian government stored the uranium from thousands of decommissioned nuclear weapons. It seemed like practically anyone could walk off with stuff for a bomb. Sewell and his colleagues wanted to get rid of this uranium. So they decided to try to persuade the Russians to sell their surplus to the U.S. After all, the stuff was just lying around.

Initially, the Russians refused. “It was a matter of pride, principle and patriotism,” Sewell says. “Even though they didn’t need that excess material, [and] they didn’t have the money to protect it, they didn’t want to let go of it.”
But in the end they did let go. For one reason: money.

“Russia’s nuclear industry badly needed the funding,” says Anton Khlopkov, the director of the Center for Energy and Security Studies outside Moscow. He says Russia’s nuclear complex had nearly a million workers who weren’t getting paid a living wage.

So, in 1993 the deal was struck: The Russians would turn about 500 tons of bomb-grade uranium into nuclear fuel. The U.S. would buy it and sell it to commercial power plants here. Khlopkov says it was a win-win. “This is the only time in history when disarmament was actually profitable,” he says.

Very profitable. The Russians made around $17 billion. Sewell’s government office was spun off into a private company — the United States Enrichment Corporation — and made money from the deal too. And the U.S. power plants got the uranium at a good price.

But all good things must come to an end, says Matthew Bunn at Harvard University. “Russia is a totally different place today than it was twenty years ago,” Bunn says. “As the Russian government is fond of saying, they’re ‘no longer on their knees.’ ”

Still Bunn says this deal will go down in history as one of the greatest diplomatic achievements ever.

“I mean, think about it – 20,000 bombs’ worth of nuclear material, destroyed forever,” he says. “[Bombs that] will never threaten anybody ever again.”

The last shipment arrives today at a US storage facility. It will be sold off to utilities in coming years. So when you turn on the lights, feel good. Your bulb may be powered by what was once a bomb. 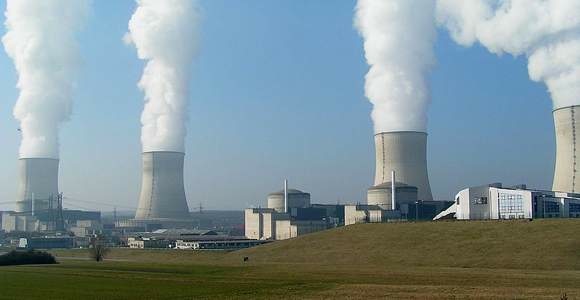 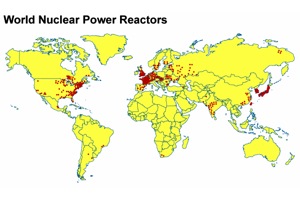 A Norwegian company is breaking with convention and switching to an alternative energy it hopes will be safer, cleaner and more efficient. But this isn’t about ditching fossil fuels, but rather about making the switch from uranium to thorium. Oslo based Thor Energy is pairing up with the Norwegian government and US-based (but Japanese/Toshiba owned) Westinghouse to begin a four year test that they hope will dispel doubts and make thorium the rule rather than the exception. The thorium will run at a government reactor in Halden.

Thorium was discovered in 1828 by the Swedish chemist Jons Jakob Berzelius who named it after the Norse god of thunder, Thor. Found in trace amounts in rocks and soil, thorium is actually about three times more abundant than uranium.

The attractiveness of thorium has led others in the past to build their own thorium reactors. A reactor operated in Germany between 1983 and 1989, and three operated in the US between the late sixties and early eighties. These plants were abandoned, some think, because the plutonium produced at uranium reactors was deemed indispensable to many in a Cold War world.

Thorium is ‘fertile,’ unlike ‘fissile’ uranium, which means it can’t be used as is but must first be converted to uranium-233. A good deal of research has been conducted to determine if fuel production, processing and waste management for thorium is safe and cost effective. For decades many have argued that thorium is superior to the uranium in nearly all of the world’s nuclear reactors, providing 14 percent of the world’s electricity. Proponents argue that thorium reacts more efficiently than uranium does, that the waste thorium produces is shorter lived than waste from uranium, and that, because of its much higher melting point, is meltdown proof. An added plus is the fact that thorium reactors do not produce plutonium and thus reduce the risk of nuclear weapons proliferation.

Some experts maintain that the benefits of thorium would be maximized in molten salt reactors or pebble bed reactors. The reactor at Halden is not ideal for thorium as it is a ‘heavy water’ reactor, built for running uranium. But it is also a reactor that has already received regulatory approval. Many thorium supporters argue that, rather than wait for ideal molten salt or pebble bed reactors tests should be performed in approved reactors so that their benefits can be more quickly demonstrated to the world.

But is thorium really cheaper, cleaner and more efficient than uranium? And if so, do the added benefits really warrant the cost and effort to make the switch? Data is still pretty scarce, but at least one report is urging us to not believe the hype.

Through their National Nuclear Laboratory the UK’s Department of Energy & Climate Change released a report in September that stated: “thorium has theoretical advantages regarding sustainability, reducing radiotoxicity and reducing proliferation risk. While there is some justification for these benefits, they are often overstated.” The report goes on to acknowledge that worldwide interest in thorium is likely to remain high and they recommend that the UK maintain a “low level” of research and development into thorium fuel.

The place where thorium is proven either way could be China. The country is serious about weaning itself off of fossil fuels and making nuclear power their primary energy source. Fourteen nuclear power reactors are in operation in China today, another 25 under construction, and there are plans to build more. And in 2011 they announced plans to build a thorium, molten salt reactor. So whether it be Norway, the UK, China, or some other forward-thinking countries, we’ll soon find out if thorium reactors are better than uranium ones, at which point more countries may want to join the thorium chain reaction.