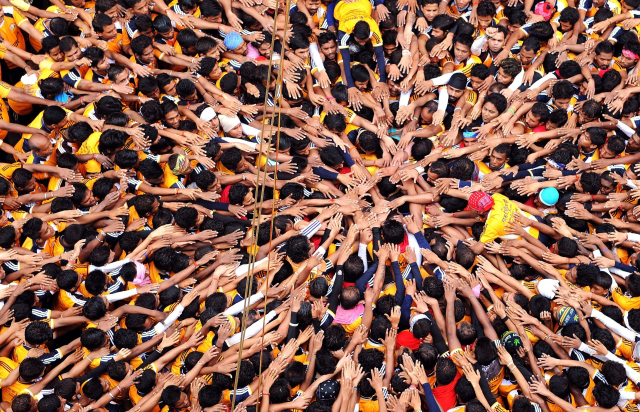 The world’s population is topsy-turvy, and its exponential and uneven growth could have disastrous consequences if we aren’t ready for it. Humanity recently hit a benchmark, a population of 7.9 billion in 2013. It is expected to reach 8.5 billion by 2030, and 9.6 billion by 2050. If that weren’t enough, consider 11.2 billion in 2100. Most of the growth is supposed to come from nine specific countries: India, Pakistan, the Democratic Republic of the Congo, Ethiopia, Tanzania, Nigeria, the United States, and Indonesia.

It isn’t fertility that is driving growth, but rather longer lifespans. World population growth peaked in the 1960s, and has been dropping steadily since the ’70s. 1.24% was the growth rate a decade ago, annually. Today, it is 1.18% per year. Populations in developed countries have slowed to a trickle. Here, it has gotten too expensive to have a child for a large segment of the populace, particularly in the wake of the Great Recession, when young people have to invest a lot of time in education and building a career, spending their most fertile years in lecture halls and office cubicles. Although overall, fertility has been dropping worldwide, the report says researchers used the “low-variant” scenario of population growth. It could be higher. 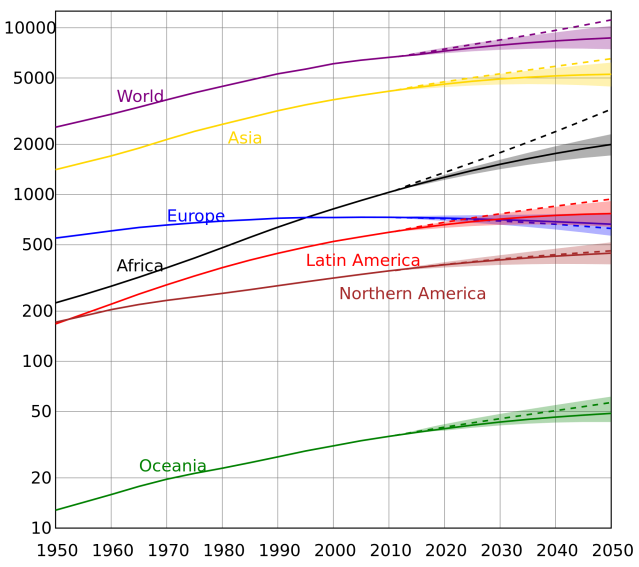 Meanwhile, the enormous baby boomer generation is aging, and public health officials warn that a “Silver Tsunami” is coming. Worldwide, those age 60 and over are expected to double by 2050, and triple by 2100. As workers age, fewer young people are around to replace them, and that means less taxpayers for Medicare and abroad, for socialized medicine. In Europe, a staggering 34% of the population is projected to be over 60 by 2050. What’s more, Europe’s population is forecast to plummet 14%. It is already struggling, as is Japan, to provide for its aging population. But the birth deficit is likely to exacerbate the problem.

In the U.S., the number of Alzheimer’s patients alone is expected to bankrupt Medicare, if no cure is found, and the program remains as it is today. “Developed countries have largely painted themselves into a corner now,” according to Carl Haub. He is the senior demographer at the Population Reference Bureau.

According to a U.N. report, most of the growth will come from developing countries, with over half projected to take place in Africa, the poorest continent financially, whose resources are already under pressure. 15 highly fertile countries, mostly in sub-Saharan Africa, are expected to increase the number of children per woman at a rate of a little over five per cent, or five per female. Nigeria’s population will likely surpass that of the U.S. by 2050, becoming the third largest in terms of demographics.

The population in developed countries is expected to remain unchanged, holding steady at 1.3 billion. Some developing countries such as Brazil, South Africa, Indonesia, India, and China are seeing a swift fall in the average number of children per woman, which is expected to continue. This may be due to better economic prospects. We often think of China as the world’s most populous nation, but India is set to reach them by 2022, when both nations will contain 1.45 billion citizens. Afterward, India is predicted to surpass China. As India’s population grows, China’s will shrink.

As far as life expectancy, it is expected to increase in both developed and developing nations. Globally, life expectancy will likely be 76 years on average in the 2045-2050 period. It will reach 82 years of age in 2095-2100, if nothing changes. Nearing the end of the century, those in developing nations could expect to live to 81, while in developed nations, 89 will be the norm. Yet, there are concerns that the developing world will suffer even more than today due to this phenomenon.

“The concentration of population growth in the poorest countries presents its own set of challenges, making it more difficult to eradicate poverty and inequality, to combat hunger and malnutrition, and to expand educational enrollment and health systems,” according to John Wilmoth. He is the Director of the Population Division in the UN’s Department of Economic and Social Affairs.

Another worry is resource depletion. Minerals, fossil fuels, timber, and water may become scarce in several regions of the world. Since wars are often fought over resources, and water use is expected to increase 70-90% by mid-century, without improved farming methods and smarter use, water may become the next oil, in terms of driving nations into violent conflict. The world’s water in certain regions is already strained. India and China for instance have already fought two wars over water claims.

Climate change is also likely to eat up more arable land, contributing to fears of food scarcity, as well as the loss of biodiversity, which is likely to occur at a faster rate. To help tamp down the world population, UN researchers suggest investing in reproductive health and family planning, particularly in developing nations.

This report was made possible by 233 countries providing demographic data, as well as 2010 population censuses.