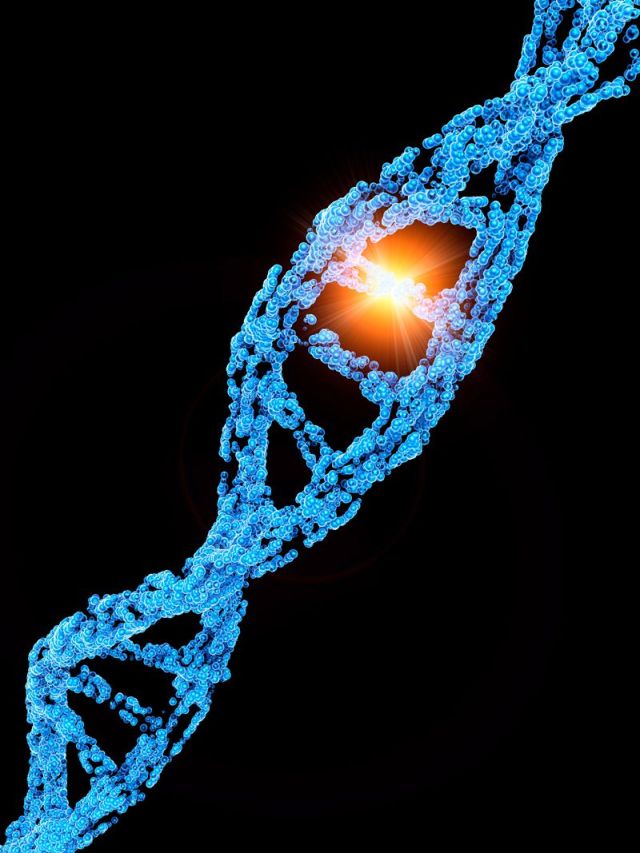 The launch of the n-Lorem Foundation by Ionis Pharmaceuticals’ Executive Chairman Stan Crooke last week began to crystallize the drug development pathway for ultra-rare diseases, but it also brought to the forefront a question raised in recent years with the maturation of genomic screening and antisense oligonucleotide (ASO) therapies: how can patients with ultra-rare diseases afford n-of-one therapies? The n-Lorem Foundation intends to form the connective tissue between patients, researchers, facilities and regulators needed to supply individual patients with RNA therapies designed to treat their own ultra-rare disease — at no cost. The nonprofit launched with $1.5 million from Crooke and his wife Rosanne, a senior strategic advisor at Ionis; $1.5 million from Ionis; and $1 million from Biogen.

As the founder and former CEO of Ionis, Crooke is in the best possible position to drive this formidable enterprise. Ionis was created to capitalize on ASO technology across a host of diseases, particularly rare ones. The company’s Spinraza (nusinersen), which was the first drug approved for spinal muscular atrophy and is marketed by its neurology partner, Biogen, is held up as the antisense field’s most notable commercial success. But although Spinraza made $547 million in revenue in 3Q19, there has never been a market for therapies in ultra-rare diseases, which n-Lorem considers as conditions with only one to ten patients.

Crooke says the fear that an entrepreneur would seek to monetize the space was a motivator in creating n-Lorem. “There’s no way to do that without targeting these families for millions of dollars. Patients and parents are raising money for their loved ones as a way to acquire an experimental treatment ASO. Given the burden these families have, the last thing they should have to do is raise money for their treatment.” The n-Lorem charity will ensure the patients they help will get the ASOs for free.

The concern that ultra-rare diseases might be treatable in theory but unaffordable in practice left the realm of the theoretical in October, with the publication of a New England Journal of Medicine paper on a treatment created from scratch for a girl with Batten’s disease by researchers at Boston Children’s Hospital and elsewhere. The scientists demonstrated, for the first time, how a single group can use genomic screening to diagnose an ultra-rare disease, develop an ASO drug for an individual patient, and within a year conduct an n-of-1 study yielding positive results. The news stoked hope that therapies for patients with one-of-a-kind diseases were possible to deliver. Timothy Yu, who led the Boston Children’s team, says his results show that, if the right incentives exist, the science and the technology are robust enough to deliver therapies.

Yu thinks academics will play a key role in developing n-of-one therapies, although they aren’t positioned to scale up yet. “We took a swing at something out of our comfort zone,” he says. “We were very fortunate.” “We need more data” from a more diverse range of drugs, Yu says, and that will shape how the space grows. n-Lorem will likely encourage further therapeutic development and a better model will emerge. For instance, one model could resemble how surgery or transplants are delivered in accredited hospitals using predefined processes designed for high-risk interventions.

Yu’s group had worked with Ionis to design and develop the ASO drug tailored to treat that single patient with a rare, fatal neurodegenerative condition, Crooke says. Even before that work became public, planning for n-Lorem had begun in earnest. Crooke, who announced a year ago he was stepping down as Ionis CEO but remains its board chairman, recalls the key event for the creation of n-Lorem as his introduction to the Undiagnosed Diseases Network. The initiative, funded by the US National Institutes of Health (NIH), connects patients with ultra-rare diseases with a consortium of 17 academic medical centers that perform multi-omic screening to help diagnose and understand the diseases. The network has evaluated over 1,300 patients and over 360 have received a diagnosis. “There was a cadre of physicians, scientists and genomicists that was actually doing the front end [the diagnosis],” says Crooke. “The back end [producing the drug] I already knew because antisense technology at Ionis is extraordinarily efficient. We have multiple mechanisms we can use.”

The technology needed for oligonucleotide synthesis is decades old, and Yu says manufacturing a batch of research grade oligonucleotides costs in the hundreds of dollars.

But Crooke says that the kinds of facilities Ionis uses are well suited for large batches; they are not built to produce small quantities for individual patients. As a result, bringing down the cost of manufacturing at this scale will be a problem n-Lorem and Ionis will continue to grapple with.

Patients will connect to n-Lorem via academics working through the Undiagnosed Diseases Network and beyond. The foundation will identify eligible patients and Ionis will develop the ASOs, perform preclinical testing and submit Investigational New Drug (IND) applications along with investigators.

To formalize the ASO development process, Ionis will need buy-in from regulators. The usual safety studies will necessarily apply, and Arthur Krieg, a cofounder of the Oligonucleotide Therapeutics Society, says the largest cost in developing therapies is toxicology studies. “This is where it will be tough for FDA and academic medical centers: how far back can we safely cut? You don’t want to endanger patients.”

Given the frequently dire circumstances of ultra-rare disease patients, n-Lorem is counting on flexibility from the FDA when it comes to preclinical requirements, which would save both time and cost. But it is unclear what that flexibility would entail. Crooke’s early interactions with the FDA gave him a “general sense” that toxicology testing requirements would be manageable but expects it will be some time before he receives definitive answers from the agency.

In the Batten’s disease instance, Yu’s lab worked with TriLink and Brammer to manufacture milasen,and with Charles River Laboratories to develop the toxicology and dose-finding studies. FDA agreed to review safety and manufacturing data on a rolling basis, allowing the drug to reach the patient just six weeks after it was first introduced to the rat model. But it is unclear whether the process can be easily reproduced by researchers, or if the expedited review is scalable at FDA

Testing requirements for ultra-rare disease therapies like the ASOs pursued by n-Lorem will have implications beyond just a handful of patients. In an editorial accompanying Yu’s paper, Janet Woodcock, and Peter Marks from the FDA’s Center for Drug Evaluation and Research, wrote that “programs for a single patient are likely to set the floor for the minimum preclinical evaluation.” They added that although in the near term ultra-rare therapies could exist as investigational drugs only, regulatory approval would become more pertinent if similar interventions begin to proliferate.

Woodcock told Nature Biotechnology that the agency is planning to issue guidances but did not give a time frame for their release. She noted the FDA has seen an increase in applications for n-of-1 studies from academics. There are no plans to use phase 0 trials or accredit hospitals, she says, as hospital pharmacies are unlikely to have the technology required to support the therapies. For now, researchers will continue to file an IND application for first-in-human studies for each ultra-rare therapeutic, a process she said will likely be difficult to sustain for n-Lorem or academic medical centers. She hopes companies will try developing n-of-one therapies as a probe for their technology or a proof of concept, where a similar intervention is developed for a more common disease or mutation.

Krieg says members of the Oligonucleotide Therapeutics Society — which divide roughly 50–50 between industry and academic scientists — are increasingly setting up centers for oligonucleotide development. In fact, growing interest in ASO technology for use in the ultra-rare disease space led him to organize a workshop with non-commercial stakeholders, including the NIH and FDA, in April 2020 to discuss how to facilitate effective oligonucleotide drug development programs. Krieg would like to see the space opened up to treat as many patients who could benefit from ASO technology as possible, which he thinks will require the development of guidelines and protocols. If the regulatory process remains the same as it is for a traditional drug, says Krieg, “it would be slow and costly, and a ton of work for FDA” as they parse potentially hundreds if IND applications from patients seeking new therapies. “As with CAR-Ts [chimeric antigen receptor T cells] or personalized vaccines, we need a process,” he says, and he hopes to see comparable guidance from FDA this year on n-of-one therapeutics.

Another key challenge is how to connect patients with institutions making tailor-made oligos. The n-Lorem Foundation is a step in the right direction, says Krieg, but “I’m hearing other philanthropic sources ready to put millions in,” and charity may not by the only middle way between individual academics and market-driven approaches. The NIH could have a role bridging the gap, through an intramural center or ASO centers of excellence funded in the same way as its cancer ones delivering CAR-T therapies that are, in a sense, individual therapies.

Although Krieg doesn’t yet see opportunities for companies to go after therapies for “less than a thousand patients,” unlike Crooke he thinks market development could be a positive. Individualized CAR-T therapies like Novartis’s Kymriah (tisagenlecleucel) and Gilead’s Yescarta (axicabtagene ciloleucel) cost upwards of $370,000, and medical costs for the first patients with ultra-rare diseases receiving ASOs run above $1 million, but Krieg says this doesn’t have to be discouraging. “Why couldn’t we have ASO therapies like CAR-T cells that insurance companies pay for?” He added that n-of-1 therapies could still be less expensive than the alternative: a lifetime of care.