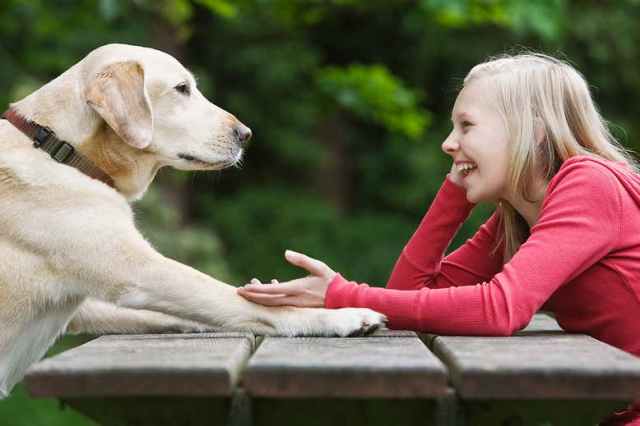 Dogs pay much closer attention to what humans say than we realised, even to words that are probably meaningless to them.

Holly Root-Gutteridge at the University of Sussex, UK, and her colleagues played audio recordings of people saying six words to 70 pet dogs of various breeds. The dogs had never heard these voices before and the words only differed by their vowels, such as “had”, “hid” and “who’d”.

Each recording was altered so the voices were at the same pitch, ensuring that the only cue the dogs had was the difference between vowels, rather than how people said the words.

After hearing the recordings just once, 48 of the dogs reacted when either the same speaker said a new word or the same word was said by a different speaker. The remainder either didn’t visibly respond or got distracted.

The team based its assessment of the dogs’ reactions on how long they paid attention when the voice or word changed – if the dogs moved their ears or shifted eye contact, for example, it showed that they noticed the change. In contrast, when the dogs heard the same word repeated several times, their attention waned.

Until now, it was thought that only humans could detect vowels in words and realise that these sounds stay the same across different speakers. But the dogs could do both spontaneously without any previous training.

“I was surprised by how well some of the dogs responded to unfamiliar voices,” says Root-Gutteridge. “It might mean that they comprehend more than we give them credit for.”

This ability may be the result of domestication, says Root-Guttridge, as dogs that pay closer attention to human sounds are more likely to have been chosen for breeding.

The work highlights the strength of social interactions between humans and dogs, says Britta Osthaus at Canterbury Christ Church University, UK. “It would be interesting to see whether a well-trained dog would react differently to the command of ‘sat’ instead of ‘sit’,” she says.