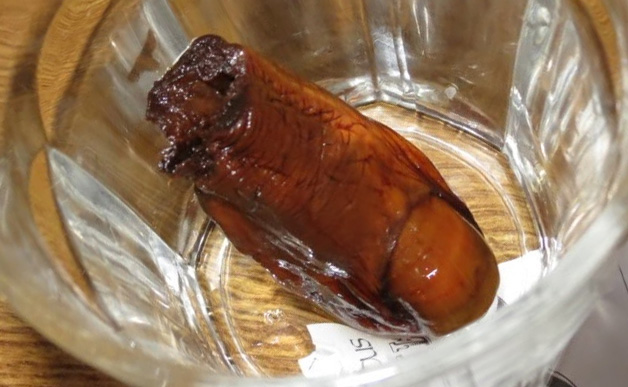 After losing three toes to frostbite, a recent participant in one of the coldest long-distance races on Earth reached a toe-tally bizarre decision for what to do with the detached digits.

During the race, which took place in February in the Canadian Yukon, British competitor Nick Griffiths suffered frostbite so severe that three of his toes had to be amputated. Rather than simply disposing of the toes, he decided to donate them to a remote Canadian bar for use in a signature drink known as the “Sourtoe Cocktail,” which famously includes a dehydrated human toe, according to the Toronto Star.

It all began when Griffiths entered the 300-mile (483 kilometers) division of the Yukon Arctic Ultra, a punishing race across frozen wilderness that takes place along the Yukon Quest Trail. Participants race on foot, sleds and mountain bikes, and temperatures can drop below minus 58 degrees Fahrenheit (minus 50 degrees Celsius), according to the race’s website.

After 30 hours on the trail, with temperatures measured at below minus 40 degrees F (minus 40 degrees C), Griffiths dropped out with evidence of frostbite on several extremities, but the damage was most severe in his left foot.

Griffiths got the idea to donate his toes while recuperating in a Canadian hospital, when a nurse showed him video footage of her quaffing a drink containing a preserved human toe, served at a bar called the Sourdough Saloon, in the Yukon Territory, Griffiths told the Star. After hearing her story, he decided to contact the bar staff with the offer of three newly detached toes, which they were pleased to accept, the Star reported.

Griffiths’ bemused surgeon provided him with the amputated toes in vials of medical-grade alcohol, he told the Star.

For decades, the saloon has offered its Sourtoe Cocktail to intrepid imbibers — a tradition launched in 1973 using a toe that allegedly once belonged to a famous Canadian bootlegger. Patrons arrange to drink the cocktail by appointment and do so under the close supervision of a “Toe Captain.” The official toe wrangler ensures not only that drinkers touch the toe with their lips — a requirement for receiving an official certificate from the bar for consuming the cocktail — but also that they neither steal nor swallow the toe.

The cocktail must contain a minimum of 1 ounce of alcohol — and, of course, one human toe. Other than that, the drink’s contents are up to the drinker, though the Sourtoe experience often involves a shot of a local beverage known as Yukon Jack — 80-proof liquor blended from Canadian whisky and honey, according to the Sourdough Cocktail Club website.

More than 100,000 people have sampled the Sourtoe, and in the decades since the grisly drink was first poured, more than 10 toes have been acquired by the saloon operators. Preserved toes are stored in salt when they’re not floating in a cocktail. But they don’t last forever, and the saloon depends on generous toe-nations such as Griffiths’ to keep the Sourtoe Cocktail available for the curious and the brave, Jonny Klynkramer, the Sourdough Saloon bar manager, told the Star.

One thought on “You Could Drink This Man’s Frostbitten, Amputated Toes in a Cocktail”