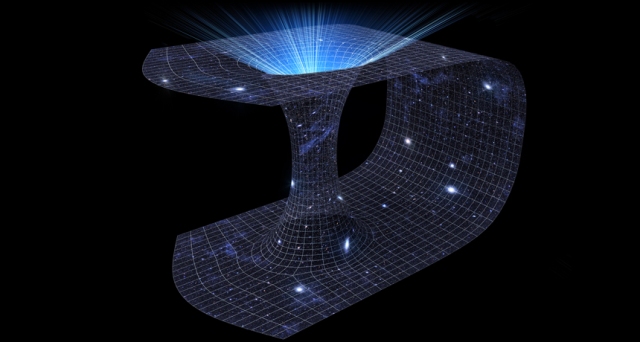 A new uncertainty principle holds that quantum objects can be at two temperatures at once, which is similar to the famous Schrödinger’s cat thought experiment, in which a cat in a box with a radioactive element can be both alive and dead.

The famous thought experiment known as Schrödinger’s cat implies that a cat in a box can be both dead and alive at the same time — a bizarre phenomenon that is a consequence of quantum mechanics.

Now, physicists at the University of Exeter in England have found that a similar state of limbo may exist for temperatures: Objects can be two temperatures at the same time at the quantum level. This weird quantum paradox is the first completely new quantum uncertainty relation to be formulated in decades.

Heisenberg’s other principle
In 1927, German physicist Werner Heisenberg postulated that the more precisely you measure a quantum particle’s position, the less precisely you can know its momentum, and vice versa — a rule that would become the now-famous Heisenberg uncertainty principle.

The new quantum uncertainty, which states that the more precisely you know temperature, the less you can say about energy, and vice versa, has big implications for nanoscience, which studies incredibly tiny objects smaller than a nanometer. This principle will change how scientists measure the temperature of extremely small things such as quantum dots, small semiconductors or single cells, the researchers said in the new study, which was published in June in the journal Nature Communications.

In the 1930s, Heisenberg and Danish physicist Niels Bohr established an uncertainty relation between energy and temperature on the nonquantum scale. The idea was that, if you wanted to know the exact temperature of an object, the best and most precise scientific way to do that would be to immerse it in a “reservoir” — say, a tub of water, or a fridge full of cold air — with a known temperature, and allow the object to slowly become that temperature. This is called thermal equilibrium.

However, that thermal equilibrium is maintained by the object and the reservoir constantly exchanging energy. The energy in your object therefore goes up and down by infinitesimal amounts, making it impossible to define precisely. On the flip side, if you wanted to know the precise energy in your object, you would have to isolate it so that it could not come into contact with, and exchange energy with, anything. But if you isolated it, you would not be able to precisely measure its temperature using a reservoir. This limitation makes the temperature uncertain.

Things get weirder when you go to the quantum scale.

A new uncertainty relation
Even if a typical thermometer has an energy that goes up and down slightly, that energy can still be known to within a small range. This is not true at all on the quantum level, the new research showed, and it’s all due to Schrödinger’s cat. That thought experiment proposed a theoretical cat in a box with a poison that could be activated by the decay of a radioactive particle. According to the laws of quantum mechanics, the particle could have decayed and not decayed at the same time, meaning that until the box was opened, the cat would be both dead and alive at the same time — a phenomenon known as superposition.

The researchers used math and theory to predict exactly how such superposition affects the measurement of the temperature of quantum objects.

“In the quantum case, a quantum thermometer … will be in a superposition of energy states simultaneously,”Harry Miller, one of the physicists at the University of Exeter who developed the new principle, told Live Science. “What we find is that because the thermometer no longer has a well-defined energy and is actually in a combination of different states at once, that this actually contributes to the uncertainty in the temperature that we can measure.”

Interactions between objects at the quantum scale can create superpositions, and also create energy. The old uncertainty relation ignored these effects, because it doesn’t matter for nonquantum objects. But it matters a lot when you’re trying to measure the temperature of a quantum dot, and this new uncertainty relation makes up a theoretical framework to take these interactions into account.

The new paper could help anyone who’s designing an experiment to measure temperature changes in objects below the nanometer scale, Miller said. “Our result is going to tell them exactly how to accurately design their probes and tell them how to account for the additional quantum uncertainty that you get.”