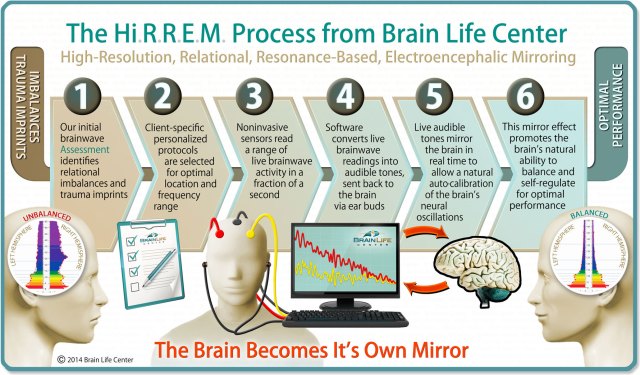 A noninvasive intervention that uses brainwave mirroring technology improved symptoms of post-traumatic stress, insomnia, anxiety and depressive mood for up to 6 months in service members and veterans, according to pilot study findings published in Military Medical Research.

“Ongoing symptoms of post-traumatic stress, whether clinically diagnosed or not, are a pervasive problem in the military,” Charles H. Tegeler, MD, professor of neurology at Wake Forest School of Medicine, said in a press release. “Medications are often used to help control specific symptoms, but can produce side effects. Other treatments may not be well tolerated, and few show a benefit for the associated sleep disturbance. Additional noninvasive, nondrug therapies are needed.”

In this study, researchers used high-resolution, relational, resonance-based, electroencephalic mirroring (HIRREM), a noninvasive neurotechnology that translates dominant brain frequencies into audible tones to support the auto-calibration of neural oscillations in real time. They collected data on symptoms of post-traumatic stress (PTS), insomnia, depression and anxiety from 18 military personnel with military-related PTS who received an average of 19.5 HIRREM sessions over 12 days. Researchers conducted follow-up online interviews at 1-, 3- and 6-months.

Tegeler and colleagues observed clinically significant reductions in all symptom scores immediately after intervention completion, with durability through 6 months. Through the first two follow-up visits, 83% of participants reported PTS scores that were at least 10 points lower than baseline and 78% reported insomnia scores that were at least seven points lower than baseline. For 15 participants with a history of traumatic brain injury or concussion, there were durable reductions in concussion-related symptoms. Additionally, participants also experienced significant improvements in blood pressure measures such as heart rate variability and baroreflex sensitivity. No adverse events were reported.

“We observed reductions in post-traumatic symptoms, including insomnia, depressive mood and anxiety that were durable through 6 months after the use of HIRREM, but additional research is needed to confirm these initial findings,” Tegeler said in the release. “This study is also the first to report improvement in heart rate variability and baroreflex sensitivity — physiological responses to stress — after the use of an intervention for service members or veterans with ongoing symptoms of post-traumatic stress.” – by Savannah Demko