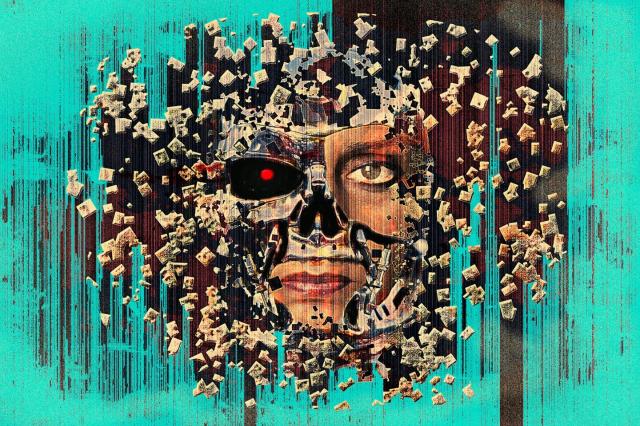 World-renowned physicist Stephen Hawking has warned that artificial intelligence (AI) has the potential to destroy civilization and could be the worst thing that has ever happened to humanity.

Speaking at a technology conference in Lisbon, Portugal, Hawking told attendees that mankind had to find a way to control computers, CNBC reports.

“Computers can, in theory, emulate human intelligence, and exceed it,” he said. “Success in creating effective AI, could be the biggest event in the history of our civilization. Or the worst. We just don’t know. So we cannot know if we will be infinitely helped by AI, or ignored by it and side-lined, or conceivably destroyed by it.”

Hawking said that while AI has the potential to transform society—it could be used to eradicate poverty and disease, for example—it also comes with huge risks.

And society, he said, must be prepared for that eventuality. “AI could be the worst event in the history of our civilization. It brings dangers, like powerful autonomous weapons, or new ways for the few to oppress the many. It could bring great disruption to our economy,” he said.

This is not the first time Hawking has warned about the dangers of AI. In a recent interview with Wired, the University of Cambridge Professor said it could one day reach a level where it outperforms humans and becomes a “new form of life.”

“I fear that AI may replace humans altogether,” he told the magazine. “If people design computer viruses, someone will design AI that improves and replicates itself. This will be a new form of life that outperforms humans.”

Even if AI does not take over the world, either by destroying or enslaving mankind, Hawking still believes human beings are doomed. Over recent years, he has become increasingly vocal about the need to leave Earth in search of a new planet to live on.

In May, he said humans have around 100 years to leave Earth in order to survive as a species. “I strongly believe we should start seeking alternative planets for possible habitation,” he said during a speech at the Royal Society in London, U.K. “We are running out of space on Earth and we need to break through the technological limitations preventing us from living elsewhere in the universe.”

The following month at the Starmus Festival in Norway, which celebrates science and art, Hawking told his audience that the current threats to Earth are “too big and too numerous” for him to be positive about the future.

“Our physical resources are being drained at an alarming rate,” he said. “We have given our planet the disastrous gift of climate change. Rising temperatures, reduction of the polar ice caps, deforestation and decimation of animal species. We can be an ignorant, unthinking lot.

“We are running out of space and the only places to go to are other worlds. It is time to explore other solar systems. Spreading out may be the only thing that saves us from ourselves. I am convinced that humans need to leave Earth.”