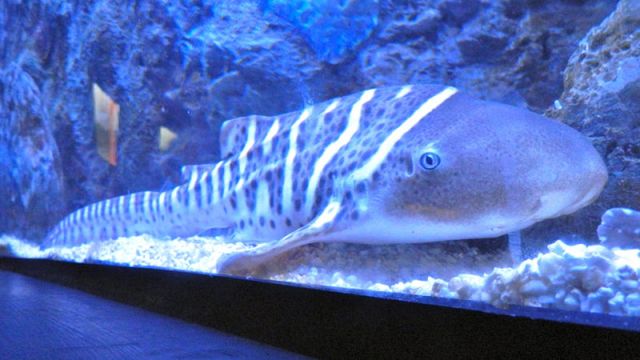 A female zebra shark in Australia has shocked scientists by producing three offspring after spending years away from her male partner. Subsequent analysis found that she had simply developed the ability to do it all on her own.

Leonie the zebra shark spent about 12 years living with a male at an aquarium in Townsville, Australia. In that time, the two sharks had 24 pups and life was good. Then, someone ripped Leonie from her home and family, placing her in a separate tank in 2012. After spending years away from any male sharks, Leonie suddenly gave birth to three healthy babies in 2016.

This caught the attention of Christine Dudgeon, a professor at the University of Queensland in Brisbane, Australia. Her first avenue of investigation was to make sure that Leonie had not somehow stored her former partner’s sperm and used it to fertilize her own eggs. When tests showed that the pups were only carrying their mother’s DNA, it became clear that the shark had likely achieved asexual reproduction.

According to New Scientist, “Some vertebrate species have the ability to reproduce asexually even though they normally reproduce sexually,” such as “certain sharks, turkeys, Komodo dragons, snakes and rays.”

But what makes Leonie’s circumstances especially rare is that asexual reproduction tends to manifest in females that have never had a sexual history. Reportedly, there have only been two other documented cases of this occurring—once with an eagle ray and another with a boa constrictor.

Russell Bonduriansky a professor at the University of New South Wales tells New Scientist, “In species that are capable of both reproductive modes, there are quite a few observations of switches from asexual to sexual reproduction.” But it’s extremely uncommon for the opposite to occur.

In the case of sharks, this is possible through a form of inbreeding that is far from ideal in the grand scheme of evolution. An adjacent cell, called a polar body, actually fertilizes the egg with the females own genetic material. “It’s not a strategy for surviving many generations because it reduces genetic diversity and adaptability,” Dudgeon says.

Scientists believe that this ability functions as a temporary mechanism to continue the species until a male partner can be found.