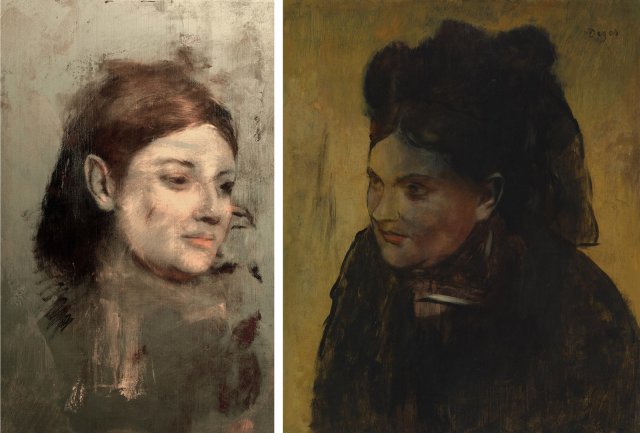 Using specialized X-ray imaging, a team of researchers in Australia has revealed a striking painting of a woman’s face hidden under French Impressionist Edgar Degas’ Portrait of a Woman.

The researchers believe the auburn-haired woman in the hidden work — which they also attribute to Degas — is Emma Dobigny, who was reportedly one of Degas’ favorite subjects and modeled for him in 1869 and 1870.

It’s long been known that another painting lay beneath the image of an unknown woman in a black dress and bonnet, housed in the collection at the National Gallery of Victoria, Australia. Since at least 1922, the research team explains in Scientific Reports, another form has slowly become visible, discoloring the bonneted woman’s face.

Even as the traces of a ghostly form emerged over the course of decades, conventional imaging technology could only provide hints of what the hidden portrait looked like.

Now, an enhanced process known as X-ray fluorescence elemental mapping gives a far better picture. The technique allowed the researchers to scan for the individual elements — such as iron, zinc and copper — found in different colors of paint. This chart shows maps of elements the researchers tested: 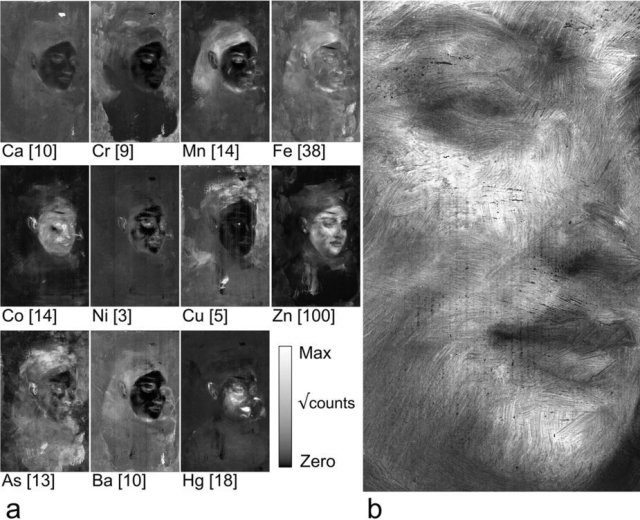 (Left) Eleven elemental maps providing an overview of the construction of the painting. (Right) Detail of zinc map.

The team said the maps “can be used to deduce pigment use based on the elements observed within the context of the painting.” For example, “Fe and Mn are co-located in the hidden sitter’s hair … strongly suggesting the use of the brown pigment umber.” The researchers detected cobalt in the face, and deduced that it is “probably present as a blue pigment, which is useful in defining flesh tones.”

By layering the elemental maps together, the researchers were able to create this representation of the hidden work: 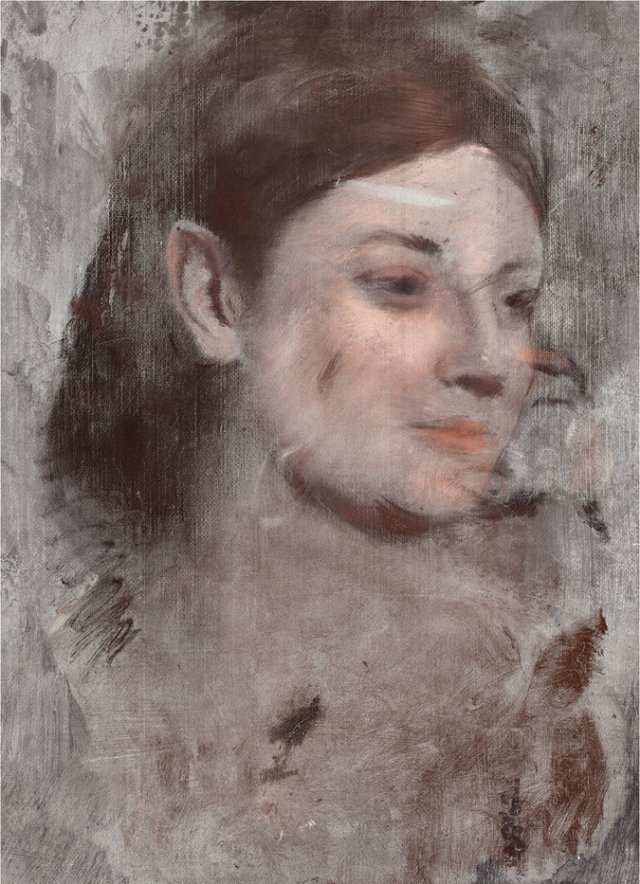 It didn’t take long for them to identify Dobigny as the painting’s likely subject, study co-author Daryl Howard told the BBC: “Once the image had come through, basically what I did was to look up Degas’s catalogue of works. And I would say in under five minutes, it seemed that we had a good match. … I think the likeness is quite amazing.”

The researchers think at least seven years passed between the two portraits. The earlier work uses lighter and cooler tones, while the later painting is warmer and darker. This was helpful to the imaging process — as the researchers explained, “his change in palette provides exceptional elemental contrast.”

The X-ray fluorescence technique was previously used on Vincent Van Gogh’s Patch of Grass to reveal a portrait of a peasant woman, as NPR reported in 2008.

The team in Australia said the technology has advanced since then — it’s faster and can measure “spatial resolutions on the order of the size of a paint bristle.”

This technique, researchers concluded, “will significantly impact the ways cultural heritage is studied for authentication.”