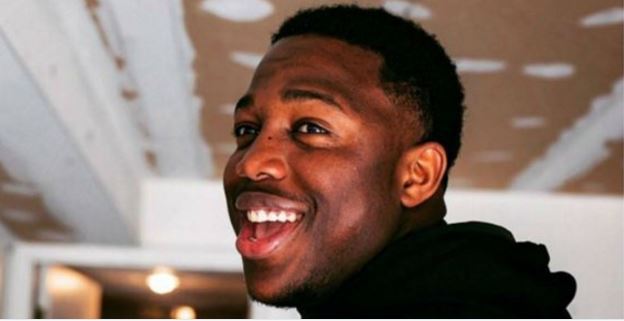 Faith Ekakitie, a defensive end for the University of Iowa, described in harrowing detail an encounter he had with police as he played Pokémon Go in an Iowa City park last week. This story, sobering as it is, ended not in tragedy but with Ekakitie thanking police.

“Today was the first time I’ve truly feared my life,” the 23-year-old senior wrote Wednesday on Facebook, “and I have the media to thank for that.”

The 6-foot-3, 290-pounder wrote that he was “happy to be alive” after five police officers stopped him and pointed four guns at him because he fit the description of a man who had just robbed a bank. At a time when police shootings of black men are under scrutiny, Ekakitie described the encounter from his perspective and tried to look at it through the eyes of police, too.

“My pockets were checked, my backpack was opened up and searched carefully, and I was asked to lift up my shirt while they searched my waistband,” Ekakitie wrote. “Not once did they identify themselves to me as Iowa City Police officers, but with four gun barrels staring me in the face, I wouldn’t dare question the authority of the men and woman in front of me. This is what happened from my point of view.

“From the police officers’ point of view, all they knew was that a bank had just been robbed less than ten minutes ago. The suspect was a large black male, wearing all black, with something on top of his head and the suspect is armed. As they drive past an Iowa City park that was less than 3 minutes away from the bank that was just robbed, they notice a large black man, dressed in all black, with black goggles on his head. They quickly move to action and identify themselves as the Iowa City police and ask me to turn around and place my hands up. I do not comply, they ask again, and again no response from me. So they all draw their guns and begin to slowly approach the suspect.”

Ekakitie wrote that he did not immediately respond to officers because he was wearing headphones and they approached him from behind. He was, he realized, in a situation in which “things can go south very quickly.” He wrote:

In this situation, what the media would fail to let people know is that the suspect had his headphones in the entire time the Police Officers approached him initially. The suspect had actually just pulled up to the park because he was playing a newly popular Game called Pokemon Go. The suspect didn’t realize that there were four cops behind him because his music was blaring in his ears. The suspect had reached into his pockets, for something which was his phone, but for all the cops could have known, he was reaching for a gun. The suspect could very well become another statistic on this day. I am not one to usually rant on Facebook or anywhere else, but with all of the crazy things that have been happening in our world these past couple of weeks it is hard to stay silent. I am thankful to be alive, and I do now realize, that it very well could have been me, a friend of mine, my brother, your cousin, your nephew etc. Misunderstandings happen all the time and just like that things can go south very quickly. It is extremely sad that our society has brainwashed us all to the point where we can’t feel safe being approached by the police officers in our respective communities. Not all police officers are out to get you, but at the same time, not all people who fit a criminal profile are criminals.

Jorey Bailey, a sergeant with the Iowa City police, told the Des Moines Register that the armed robbery had occurred less than a block from the park and that, because Ekakitie matched the description of a large black man in black clothes and did not respond, it was “reasonable” that officers drew their guns. He told ESPN that the officers were in uniform, not undercover, and told SB Nation on Sunday that more information would be forthcoming in the next few days. An Iowa spokesperson confirmed for ESPN that the Facebook account and its contents were Ekakitie’s.

“I don’t think race played a factor in this, nor does it in circumstances like this because of the detailed description, the location given by the person and the short time span in which this all occurred,” Bailey said.

Ekakitie urged people to be aware of their surroundings and to “unlearn some of the prejudiced that we have learned about each other.”

I would like the thank the Iowa City Police department for handling a sensitive situation very professionally. I would also urge people to be more aware of their surroundings because clearly I wasn’t. Lastly, I would urge us all to at least to attempt to unlearn some of the prejudices that we have learned about each other and now plague our minds and our society. I am convinced that in the same way that we learned these prejudices, we can also unlearn them.