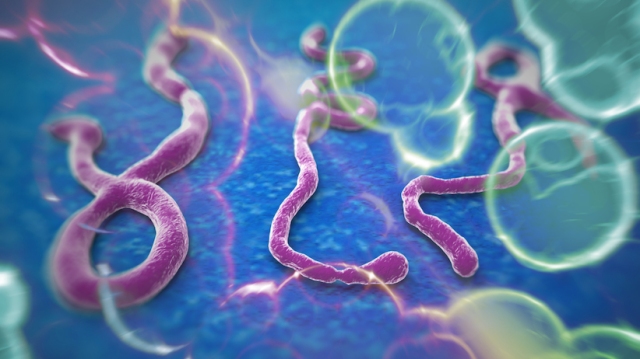 ISIS may already be thinking of using Ebola as a low-tech weapon of bio-terror, says a national security expert, who notes that the “Islamic State of Iraq and Syria” and terror groups like it wouldn’t even have to weaponize the virus to attempt to wreak strategic global infection.

Such groups could simply use human carriers to intentionally infect themselves in West Africa, then disseminate the deadly virus via the world’s air transportation system. Or so says Capt. Al Shimkus, Ret., a Professor of National Security Affairs at the U.S. Naval War College.

“The individual exposed to the Ebola Virus would be the carrier,” Shimkus told Forbes. “In the context of terrorist activity, it doesn’t take much sophistication to go to that next step to use a human being as a carrier.”

And with a significant portion of West Africa now in an open epidemic, it arguably wouldn’t be difficult for a terrorist group to simply waltz in and make off with some infected bodily fluids for use at a later time elsewhere.

They wouldn’t even have to “isolate” it, says Shimkus, who teaches a course in chemical and biological warfare. He says that if ISIS wanted to send half a dozen of its operatives into an Ebola outbreak region and intentionally expose themselves to the virus, they very well could. The idea is then once they had intentionally infected themselves, they would try to interact with as many people in their target city or country of choice.

The average fatality rate from Ebola, classified as a hemorrhagic fever, is 50 percent; but without medical treatment, that figure can range as high as 90 percent, reports the U.N. World Health Organization (WHO). The WHO also notes that although there are two potential vaccines undergoing “evaluation,” at present none are licensed.

The virus was first documented in humans in 1976 during two simultaneous outbreaks, one in Sudan and the other in the Congo, in a village near the Ebola River. The WHO reports that a type of fruit bat is thought to act as the virus’ natural host.

The virus apparently spreads into the human population via direct contact with infected animals — ranging from chimpanzees, gorillas, monkeys, forest antelope and porcupines; as well as the fruit bat itself — be they found ill or dead in the rain forest. According to the WHO, Ebola can then be spread via contact with the infected’s bodily fluids; even bedding and clothing “contaminated” with such fluids.

The idea of using human carriers to intentionally spread deadly pathogens has been around for centuries. As Shimkus points out, in the Middle Ages, adversaries threw infected corpses over their enemy’s city walls in order to spread the deadly Bubonic Plague.

If ISIS or another terrorist actor were to use Ebola in a similar manner today, Shimkus says the possibility of identifying those infected as they enter and leave the country is excellent but not 100 percent.

Even in the event of terrorists using carriers to spread Ebola in western countries like the U.S., Shimkus doesn’t think the virus would spread exponentially simply because, in theory, advanced health care systems would be equipped to identify, isolate and stop the virus.

In the May 2013 issue of the journal Global Policy, however, Amanda Teckman, author of the paper “The Bioterrorist Threat of Ebola in East Africa and Implications for Global Health and Security” concluded that “the threat of an Ebola bioterrorist attack in East Africa is a global health and security concern, and should not be ignored.”

Teckman, who holds a master’s in diplomacy and international relations at Seton Hall University, told Forbes that because ISIS’ recent beheadings are aimed at garnering attention for their self-proclaimed goal of creating an Islamic state under Sharia Law, the group is unlikely to go through the trouble of using Ebola as a weapon of terror.

“They already have our attention,” said Teckman. “But just because this is not probable for ISIS, I do believe others will at least contemplate using such suicide infectors.”