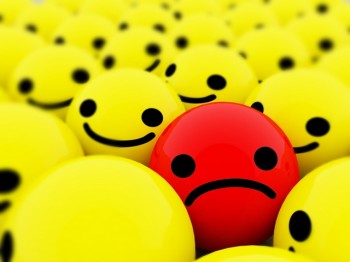 Older people who have low expectations for a satisfying future may be more likely to live longer, healthier lives than those who see brighter days ahead, according to new research published by the American Psychological Association.

“Our findings revealed that being overly optimistic in predicting a better future was associated with a greater risk of disability and death within the following decade,” said lead author Frieder R. Lang, PhD, of the University of Erlangen-Nuremberg in Germany. “Pessimism about the future may encourage people to live more carefully, taking health and safety precautions.” The study was published online in the journal Psychology and Aging.

Lang and colleagues examined data collected from 1993 to 2003 for the national German Socio-Economic Panel, an annual survey of private households consisting of approximately 40,000 people 18 to 96 years old. The researchers divided the data according to age groups: 18 to 39 years old, 40 to 64 years old and 65 years old and above. Through mostly in-person interviews, respondents were asked to rate how satisfied they were with their lives and how satisfied they thought they would be in five years.

Because a darker outlook on the future is often more realistic, older adults’ predictions of their future satisfaction may be more accurate, according to the study. In contrast, the youngest group had the sunniest outlook while the middle-aged adults made the most accurate predictions, but became more pessimistic over time.

“Unexpectedly, we also found that stable and good health and income were associated with expecting a greater decline compared with those in poor health or with low incomes,” Lang said. “Moreover, we found that higher income was related to a greater risk of disability.”

The findings do not contradict theories that unrealistic optimism about the future can sometimes help people feel better when they are facing inevitable negative outcomes, such as terminal disease, according to the authors. “We argue, though, that the outcomes of optimistic, accurate or pessimistic forecasts may depend on age and available resources,” Lang said. “These findings shed new light on how our perspectives can either help or hinder us in taking actions that can help improve our chances of a long healthy life.”