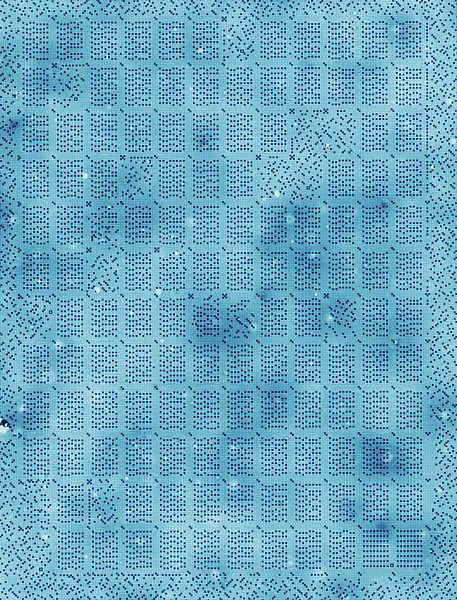 Every day, modern society creates more than a billion gigabytes of new data. To store all this data, it is increasingly important that each single bit occupies as little space as possible. A team of scientists at the Kavli Institute of Nanoscience at Delft University managed to bring this reduction to the ultimate limit: they built a memory of 1 kilobyte (8,000 bits), where each bit is represented by the position of one single chlorine atom.

“In theory, this storage density would allow all books ever created by humans to be written on a single post stamp”, says lead-scientist Sander Otte.

They reached a storage density of 500 Terabits per square inch (Tbpsi), 500 times better than the best commercial hard disk currently available. His team reports on this memory in Nature Nanotechnology on Monday July 18.

In 1959, physicist Richard Feynman challenged his colleagues to engineer the world at the smallest possible scale. In his famous lecture There’s Plenty of Room at the Bottom, he speculated that if we had a platform allowing us to arrange individual atoms in an exact orderly pattern, it would be possible to store one piece of information per atom. To honor the visionary Feynman, Otte and his team now coded a section of Feynman’s lecture on an area 100 nanometers wide.

The team used a scanning tunneling microscope (STM), in which a sharp needle probes the atoms of a surface, one by one. With these probes scientists cannot only see the atoms but they can also use them to push the atoms around. “You could compare it to a sliding puzzle”, Otte explains. “Every bit consists of two positions on a surface of copper atoms, and one chlorine atom that we can slide back and forth between these two positions. If the chlorine atom is in the top position, there is a hole beneath it — we call this a 1. If the hole is in the top position and the chlorine atom is therefore on the bottom, then the bit is a 0.” Because the chlorine atoms are surrounded by other chlorine atoms, except near the holes, they keep each other in place. That is why this method with holes is much more stable than methods with loose atoms and more suitable for data storage.

The researchers from Delft organized their memory in blocks of 8 bytes (64 bits). Each block has a marker, made of the same type of ‘holes’ as the raster of chlorine atoms. Inspired by the pixelated square barcodes (QR codes) often used to scan tickets for airplanes and concerts, these markers work like miniature QR codes that carry information about the precise location of the block on the copper layer. The code will also indicate if a block is damaged, for instance due to some local contaminant or an error in the surface. This allows the memory to be scaled up easily to very big sizes, even if the copper surface is not entirely perfect.

The new approach offers excellent prospects in terms of stability and scalability. Still, this type of memory should not be expected in datacenters soon. Otte: “In its current form the memory can operate only in very clean vacuum conditions and at liquid nitrogen temperature (77 K), so the actual storage of data on an atomic scale is still some way off. But through this achievement we have certainly come a big step closer”.

This research was made possible through support from the Netherlands Organisation for Scientific Research (NOW/FOM). Scientists of the International Iberian Nanotechnology Laboratory (INL) in Portugal performed calculations on the behavior of the chlorine atoms. 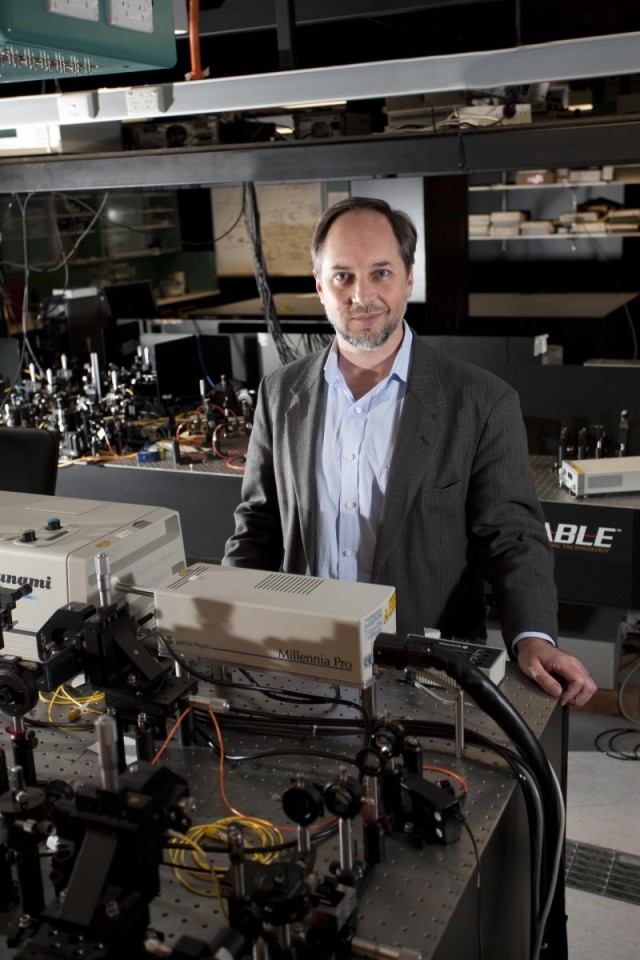 Academics are challenging the foundations of quantum science with a radical new theory on parallel universes. Scientists now propose that parallel universes really exist, and that they interact. They show that such an interaction could explain everything that is bizarre about quantum mechanics.

Griffith University academics are challenging the foundations of quantum science with a radical new theory based on the existence of, and interactions between, parallel universes.

In a paper published in the journal Physical Review X, Professor Howard Wiseman and Dr Michael Hall from Griffith’s Centre for Quantum Dynamics, and Dr Dirk-Andre Deckert from the University of California, take interacting parallel worlds out of the realm of science fiction and into that of hard science.
The team proposes that parallel universes really exist, and that they interact. That is, rather than evolving independently, nearby worlds influence one another by a subtle force of repulsion. They show that such an interaction could explain everything that is bizarre about quantum mechanics.

Quantum theory is needed to explain how the universe works at the microscopic scale, and is believed to apply to all matter. But it is notoriously difficult to fathom, exhibiting weird phenomena which seem to violate the laws of cause and effect.

As the eminent American theoretical physicist Richard Feynman once noted: “I think I can safely say that nobody understands quantum mechanics.”

However, the “Many-Interacting Worlds” approach developed at Griffith University provides a new and daring perspective on this baffling field.

“The idea of parallel universes in quantum mechanics has been around since 1957,” says Professor Wiseman.

“In the well-known “Many-Worlds Interpretation,” each universe branches into a bunch of new universes every time a quantum measurement is made. All possibilities are therefore realised — in some universes the dinosaur-killing asteroid missed Earth. In others, Australia was colonised by the Portuguese.

“But critics question the reality of these other universes, since they do not influence our universe at all. On this score, our “Many Interacting Worlds” approach is completely different, as its name implies.”

Professor Wiseman and his colleagues propose that:

•The universe we experience is just one of a gigantic number of worlds. Some are almost identical to ours while most are very different;
•All of these worlds are equally real, exist continuously through time, and possess precisely defined properties;
•All quantum phenomena arise from a universal force of repulsion between ‘nearby’ (i.e. similar) worlds which tends to make them more dissimilar.
Dr Hall says the “Many-Interacting Worlds” theory may even create the extraordinary possibility of testing for the existence of other worlds.

“The beauty of our approach is that if there is just one world our theory reduces to Newtonian mechanics, while if there is a gigantic number of worlds it reproduces quantum mechanics,” he says.

“In between it predicts something new that is neither Newton’s theory nor quantum theory.

“We also believe that, in providing a new mental picture of quantum effects, it will be useful in planning experiments to test and exploit quantum phenomena.”

The ability to approximate quantum evolution using a finite number of worlds could have significant ramifications in molecular dynamics, which is important for understanding chemical reactions and the action of drugs.

Professor Bill Poirier, Distinguished Professor of Chemistry at Texas Tech University, has observed: “These are great ideas, not only conceptually, but also with regard to the new numerical breakthroughs they are almost certain to engender.”