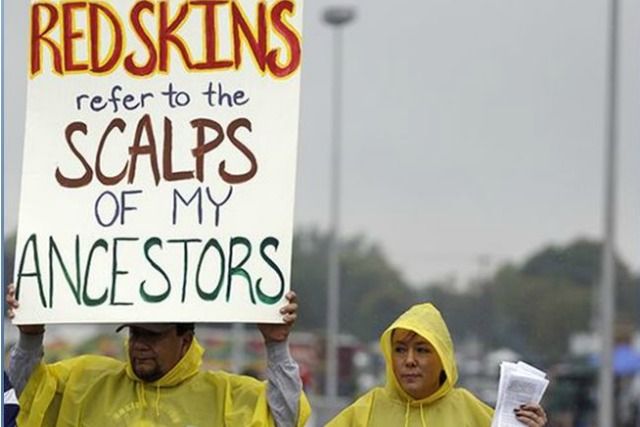 In a decision released Wednesday, the office’s Trademark Trial and Appeal Board ruled that “these registrations must be canceled because they were disparaging to Native Americans.”

The Patent Office said it will continue to treat the patents as though they are valid while the team appeals the decision. The team has two months to do that, and the whole process could take years.

In the meantime, the Redskins can continue using the logos.

But the decision, if upheld, would make it harder for the team to claim ownership of its brand. If it wants to go to court against a counterfeiter making T-shirts with the team’s logo, for instance, it will be harder to show that the organization owns the brand. The team will have to illustrate that they have always used the logos, rather than relying official trademark registrations.

The decision came in response to a suit brought by five Native Americans.

“We are extraordinarily gratified to have prevailed in this case,” said Alfred W. Putnam, Jr., Chairman of Drinker Biddle & Reath LLP, which represented the five men and women.

The board also canceled the registrations in 1999, but a federal judge overturned that decision in 2003, saying there was no proof that the name was disparaging at the time of registration. Some of the patents date back to the 1960s.

Thanks to Pete Cuomo and Dr. Lutter for bringing this to the attention of the It’s Interesting community.