A US Coast Guard helicopter hovers as it lowers a rescue basket to hoist the runner out of the park.

A runner crawled for nearly eight hours to find help after injuring his leg in a national park in Washington, authorities said.

“Carrying a charged cell phone and displaying incredible grit and determination to self-rescue likely prevented more serious injury in this case,” Jefferson County Search and Rescue said in a statement posted on Facebook.

Around 5 p.m. Friday, the runner was injured on the Duckabush River Trail in the Olympic National Park, Washington, according to the release. He was about 10 miles from the trailhead and his cell phone did not have a signal so he couldn’t call for help.

“I wasn’t counting on my phone ever working I just figured this is my only chance I’m going to crawl all the way there,” Joseph Oldendorf told CNN affiliate KIRO. Oldendorf said his tibia became detached, keeping him on his hands and knees. Crawling on the trail made his knees so raw, he said he put his shoes over them for a level of protection.

Temperatures were below freezing, and he was wearing only light running clothes as he crawled for several miles, the release said. At 12:45 a.m. on Saturday, he realized his phone had a signal because he received a text message.

He called 911 and kept crawling, the release said.

A crew from the Brinnon Fire Department along with Jefferson Search and Rescue volunteers responded and started up the trail to find the injured runner. A Jefferson County Sheriff’s deputy managed coordination and communication at the trailhead, the release said.

The runner was located by his voice five to six miles from the spot where he was injured, the release said. Fire department EMT’s treated him for a leg injury and exposure to the cold.

The rescuers then moved the runner to a spot where be hoisted by a US Coast Guard helicopter and flown to Harborview Medical Center in Seattle. The trail is on the east side of the Olympic Peninsula, about 50 miles west of Seattle.

The incident renewed his respect for nature, Oldendorf told KIRO, and he hopes to one day return to the trails. 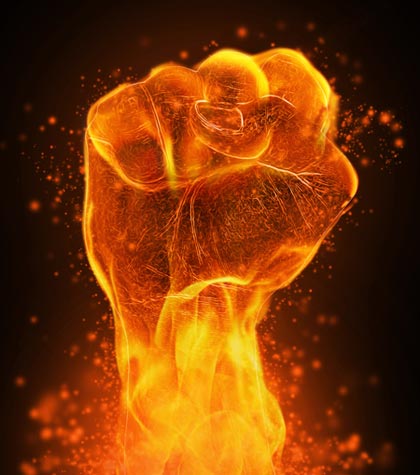 Courage isn’t just a willingness to confront pain or fear. Courage, like character, also involves doing the right thing when no one is watching… or will ever know what you’ve done.

When you think of courage you may think of physical bravery, but there are many other forms of courage. After all, “Courage is not the absence of fear, but the triumph over it.” That means courage – sometimes remarkable courage – is required in business and entrepreneurship: Taking a chance when others will not; following your vision, no matter where it takes you; standing up for what you believe in, especially when your beliefs are unpopular; or simply doing the right thing even though easier options exist.

2. They Have the Courage to be Patient
When things go poorly, giving up or making a change is often the easiest way out. It takes more courage to be patient, to believe in yourself, or to show people you believe in them. Showing patience in others also shows you care. And when you show you truly care about the people around you, even when others clamor for a change, they may find ways to do things that will amaze everyone — including themselves.

3. They Have the Courage to Say, “No.”
They have the courage to say no to requests for unusual favors, for unreasonable demands on your time, or to people who are only concerned with their own interests? Saying yes is the easy move. Saying no, when you know you’ll later resent or regret having said yes, is much harder — but is often the best thing to do, both for you and for the other person.

4. They Have the Courage to Take an Unpopular Stand
Many people try to stand out in a superficial way: clothes, or interests, or public displays of support for popular initiatives. They’re conspicuous for reasons of sizzle, not steak. It takes real courage to take an unpopular stand. And it takes real courage to take risks not just for the sake of risk but for the sake of the reward you believe is possible, and by your example to inspire others to take a risk in order to achieve what they believe is possible.

5. They Have the Courage to Ask for Help
No one does anything worthwhile on his or her own. Even the most brilliant, visionary, fabulously talented people achieve their success through collective effort. Still, it takes courage to sincerely and humbly say, “Can you help me?” Asking for help shows vulnerability. But it also shows respect and a willingness to listen. And those are qualities every great leader possesses.

6. They Have the Courage to Show Genuine Emotion
Acting professionally is actually fairly easy. Acting professionally while also remaining openly human takes courage–the willingness to show sincere excitement, sincere appreciation, and sincere disappointment, not just in others, but also in yourself. It takes real bravery to openly celebrate, openly empathize, and openly worry. It’s hard to be professional and also remain a person.

7. They Have the Courage to Forgive
When an employee makes a mistake –- especially a major mistake –- it’s easy to forever view that employee through the lens of that mistake. But one mistake, or one weakness, or one failing is also just one part of a person. It’s easy to fire, to punish, to resent; it’s much harder to step back, set aside a mistake, and think about the whole person. It takes courage to move past and forget mistakes and to treat an employee, a colleague, or a friend as a whole person and not just a living reminder of an error, no matter how grievous that mistake may have been.

8. They Have the Courage to Stay the Course
It’s easy to have ideas. It’s a lot harder to stick with your ideas in the face of repeated failure. It’s incredibly hard to stay the course when everyone else feels you should give up. Every day, hesitation, uncertainty, and failure causes people to quit. It takes courage to face the fear of the unknown and the fear of failure. But how many ideas could turn out well if you trust your judgment, your instincts, and your willingness to overcome every obstacle?

9. They Have the Courage to Lead by Permission
Every boss has a title. In theory that title confers the right to direct, to make decisions, to organize and instruct and discipline. The truly brave leader forgets the title and leads by making people feel they work with, not for, that person. It takes courage to not fall back on a title but to instead work to earn respect–and through gaining that respect earn the permission to lead.

10. They Have the Courage to Succeed Through Others
Great teams are made up of people who know their roles, set aside personal goals, willingly help each other, and value team success over everything else. Great business teams win because their most talented members are willing to sacrifice to make others successful and happy.

11. They Have the Courage to Say, “I’m Sorry.”
We all make mistakes and we all have things we need to apologize for: Words, actions, omissions, failing to step up, step in, show support. It takes courage to say, “I’m sorry.” It takes even more courage not to add, “But I was really mad, because…” or “But I did think you were…” or any words that in any way places the smallest amount of blame back on the other person.

12. They Have the Courage to Take the Hit
A customer is upset. A coworker is frustrated. A supplier feels shortchanged. An investor is impatient. Whatever the issue, the courageous people step up and take the hit. They support others. They support their teams. They willingly take responsibility and draw negative attention to themselves because to do otherwise is not just demotivating and demoralizing, it also undermines other people’s credibility and authority. Courageous people never throw others under the bus, even if that shines a negative spotlight on themselves.