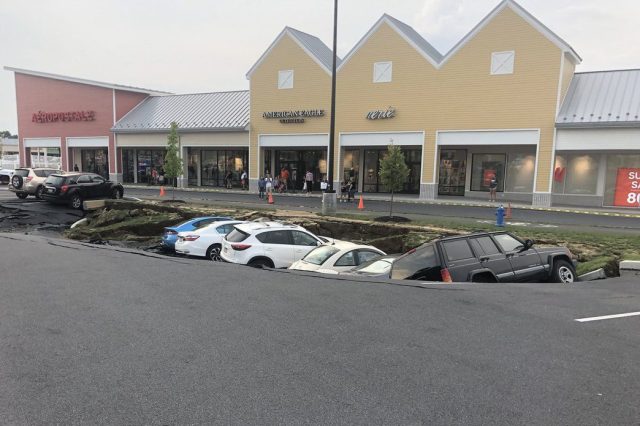 Shoppers at the Tanger Outlets in East Lampeter Township, Lancaster County, got a little more than they bargained for on Friday, according to WPMT.

A giant sinkhole swallowed six cars and threatened two more right in the middle of the parking lot. No one was injured.

“It was kind of just this subtle but loud crack,” said Lane Castagna. “We started running over and we hear people screaming.”

Officials are investigating what caused the sinkhole to form.

An irrigation system underneath the area collapsed and crews continued to expand the barriers, just in case the sinkhole expands.

Engineers were on scene with blueprints of the area, trying to determine which areas are stable and which aren’t.

And until that point, owners of the affected cars will have to wait. Car owners also say they hope the incoming rain will not add to the damage if the sinkhole is to flood.

“My daughter was going to run something back to the car and she gave me a call and said, ‘Mom, I think our car is in a sinkhole,’ and of course I didn’t believe her because that wouldn’t happen in the middle of a parking lot,” said Sheryl Delozier. 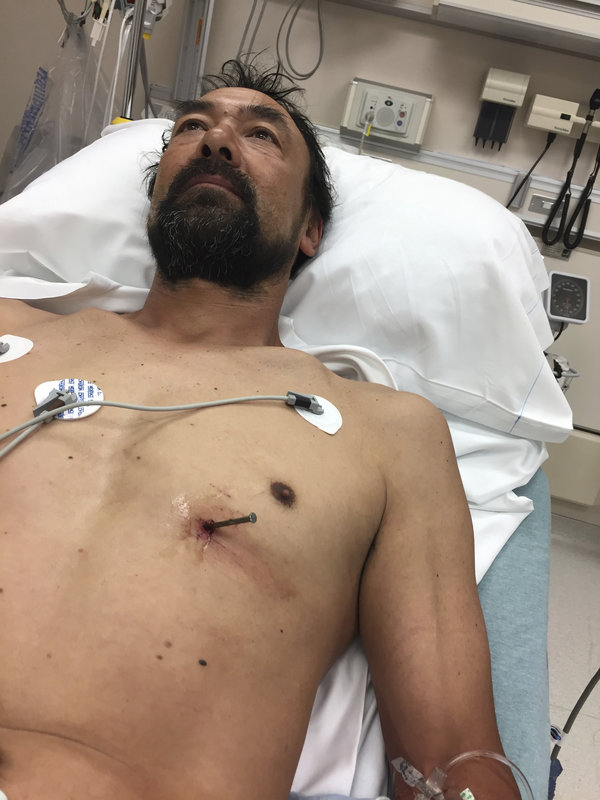 Doug Bergeson of Wisconsin accidentally shot a nail through his chest and into his heart … then drove himself to the ER, where open-heart surgery removed the 3 1/2-inch nail and saved his life.

The accident with the nail gun happened seven weeks ago.

The accident happened as Bergeson was holding the nail gun on the other side of a piece of lumber, aiming for a spot he couldn’t quite reach. He accidentally dropped the tool, and it fired toward him.

Then he reached down and felt it sticking out from his ribs. “That’s not good,” he recalls thinking.

Then he looked and saw the nail pulsing with his heartbeat. “It’s kind of like, ‘I’m not going to get anything done today, I can see that already.’ ”

Bergeson drove his truck to the ER, but wasn’t feeling so great by the time he arrived. He told a security guard, “It’d be great if you can find somebody to help me out here. I’m just going to sit down.”

When he got in touch with his wife, he said he needed a new shirt. When she arrived at the hospital, he said, quote: “Oops.”

Doctors told WBAY the nail pierced Bergeson’s heart right next to a major artery. A slightly different angle or position could have created “a much more complicated problem,” as a cardiothoracic surgeon with a gift for understatement said. And Bergeson correctly left the nail in place instead of trying to remove it, which would have been even more dangerous.

After open-heart surgery, Bergeson is doing great. He healed right up — no permanent damage.

Tesla’s new radar technology for the Autopilot is already proving useful in some potentially dangerous situations. Now, there is a new piece of evidence that makes this spectacularly clear. This video of an accident on the highway in the Netherlands caught on the dashcam of a Tesla Model X shows the Autopilot’s forward collision warning predicting an accident before it could be detected by the driver.

With the release of Tesla’s version 8.0 software update in September, the automaker announced a new radar processing technology that was directly pushed over-the-air to all its vehicles equipped with the first generation Autopilot hardware. One of the main features enabled by the new radar processing capacity is the ability for the system to see ahead of the car in front of you and basically track two cars ahead on the road. The radar is able to bounce underneath or around the vehicle in front of the Tesla Model S or X and see where the driver potentially can not because the leading vehicle is obstructing the view.

That’s demonstrated clearly in this real world situation on the Autobahn today.

In the video above, we can hear the Tesla Autopilot’s Forward Collision Warning sending out an alert for seemingly no reason, but a fraction of a second later we understand why when the vehicle in front of the Tesla crashes into an SUV that wasn’t visible from the standpoint of the Tesla driver, but apparently it was for the Autopilot’s radar.

Hans Noordsij, the Tesla driver from the Netherlands who reported the video, said that everyone involved in the accident “turned out to be OK” despite the fact that the SUV rolled over.

What is most impressive is that fact that we can clearly hear the Forward Collision Warning alert before the lead vehicle even applied the brake, which shows that the Autopilot wasn’t only using the lead vehicle to plan the path, but also the vehicle in front of it – the black SUV.

The driver of the Tesla also reported that Autopilot started braking before he could apply the brakes himself, according to Noordsij.

Here are some other examples of Tesla Autopilot helping avoid accidents. 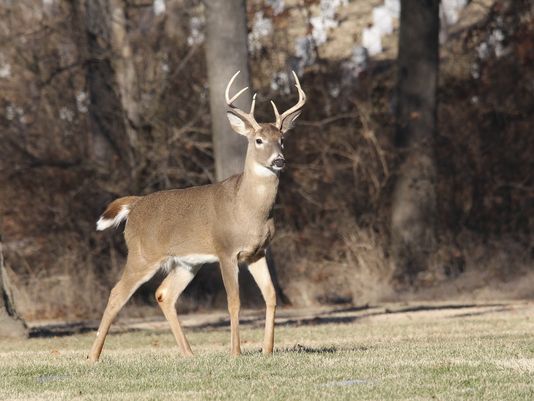 A pedestrian was hit by a deer that was hit by a car on Providence Boulevard Thursday evening in Clarksville, Tennessee. At about 5 p.m., a car hit a deer on the road near downtown, according to Clarksville Police spokeswoman Officer Natalie Hall.

“The deer flew off the car and hit a pedestrian,” Hall said.

The pedestrian had broken bones and was taken to Tennova Healthcare for treatment.

“This is not a type of crash that happens often,” Hall said. 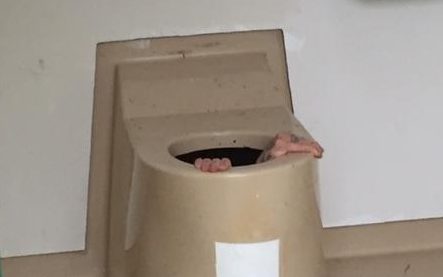 Firemen in Norway came to the rescue Friday of a man who climbed into an outdoor public toilet to retrieve a friend’s cell phone, after he got stuck in the tank.

Cato Berntsen Larsen, 20, was able to climb through the toilet seat opening to recover the phone lying at the bottom of the outhouse, but was unable to climb back out again.

“First we tried to get the phone with a stick but that didn’t work. So I jumped in,” he told daily VG.

“I was down there an hour, I was panicking,” he said, adding there were “animals” crawling on his body.

Overcome by nausea and vomiting, he tried in vain to pull himself of the tank, and which is only emptied once a year, according to VG.

He ultimately decided to contact the fire brigade to help end his ordeal in the small town of Drammen outside Oslo.

“It was a fairly easy task for us. We sent a four-man crew with a chainsaw and they cut open the front of the (plastic) toilet,” fire brigade spokeswoman Tina Brock told AFP NEWS agency.

The rescue was a “first” for the local fire brigade, she acknowledged. “It was pretty full down there.”

The phone was not recovered. 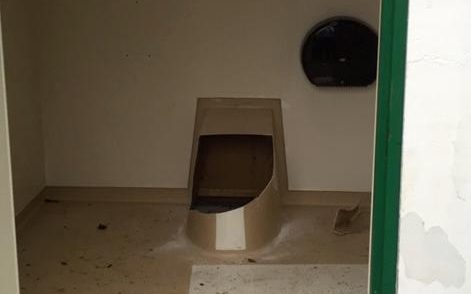 Two men in their early 20s fell an estimated 50 to 90 feet down a cliff in Encinitas, California, on Wednesday afternoon while playing “Pokémon Go,” San Diego County Sheriff’s Department Sgt. Rich Eaton said. The men sustained injuries, although the extent is not clear.

Pokémon Go is a free-to-play app that gets users up and moving in the real world to capture fictional “pocket monsters” known as Pokémon. The goal is to capture as many of the more than hundred species of animated Pokémon as you can.

Apparently it wasn’t enough that the app warns users to stay aware of surroundings or that signs posted on a fence near the cliff said “No Trespassing” and “Do Not Cross.” When firefighters arrived at the scene, one of the men was at the bottom of the cliff while the other was three-quarters of the way down and had to be hoisted up, Eaton said.

Both men were transported to Scripps Memorial Hospital La Jolla. They were not charged with trespassing.

Eaton encourages players to be careful. “It’s not worth life or limb,” he said

In parts of San Diego County, there are warning signs for gamers not to play while driving. San Diego Gas and Electric tweeted a warning to stay away from electric lines and substations when catching Pokémon.

This is the latest among many unexpected situations gamers have found themselves in, despite the game being released just more than a week ago. In one case, armed robbers lured lone players of the wildly popular augmented reality game to isolated locations. In another case, the game led a teen to discover a dead body.